A group of outstanding animals and people – including a therapy cat, a 10-year-old girl with a special wish, a twelve-term Congressman and a resilient pit bull– will be honored at this year’s ASPCA® (The American Society for the Prevention of Cruelty to Animals®) Humane Awards Luncheon at Cipriani in New York City on on Thursday, November 13, 2014. The ceremony recognizes animal heroes who have demonstrated extraordinary efforts as well as individuals who have shown great commitment to animal welfare during the past year.

“The 2014 Humane Awards winners represent stories of tremendous courage and determination, but also remind us how important animals are to our lives, and the care and protection we can give them in return,” said ASPCA President & CEO Matthew Bershadker. “We are proud to honor these winners, and hope their journeys inspire more humane action across the country.”

Following a nationwide public call for nominations, an ASPCA-appointed committee reviewed hundreds of entries and selected winners in six categories.

Studley, who lives with his petparents, Keith and Pam Phillips and two other cats, Mitzi and Zoe, in Olympia, Washington, is a rescued cat who went on to become a therapy pet , and has now been named ASPCA® Cat of the Year. Keith and Pam will attend the luncheon and accept the award on his behalf.

Weighing only four pounds and covered in matted fur, Studley was found abandoned along the side of the road by Joint Animal Services in 2006. Though sick, emaciated and nearly starved to death, Studley was adopted and nursed back to health. Pam was a shelter volunteer, and Keith nursed him back to health . It’s at that point that Studley — a cheerful white-haired feline with one gold eye and one blue eye – became a therapy cat, giving love and comfort to people in need. He showed his therapy skills early on and his petparents gave him to opportunity to use them to help others.

Studley is the only therapy cat in the program out of more than 30 animals in the Providence Animal-Assisted Activities and Therapy program (PAAA/T), and has been a regular visitor to the Providence St. Peter Hospital in Olympia, Wash. where’s he’s been offering comfort to patients primarily in the psychiatric unit since 2007.

Studley, who is now 10 years old and an old hand at his job, is well known for helping to bring vulnerable patients out of their shells with his calming presence.

During his visits to the hospital, Studley sits in a special bed as people pet him and enjoy his company.

The Olympian did a story on Studley’s honor, and included comments from his petparents and a representative of the therapy program.

“When Studley is carried into that unit, there’s just something magical that happens,” said Danni Sabia, coordinator of the Providence Animal-Assisted Activities and Therapy Program. “He just brings this element of peace.”

“The first quality that we look for in a therapy animal is that they have to love, love, love to meet and spend time with new people,” Ms. Sabia said. “Our mission statement is to share the unique benefits of the human-animal bond.”

“That’s the wild thing about him. He didn’t require any training,” said Keith. “People will talk to animals in ways they won’t talk to other people. Animals are completely nonjudgmental.”

“The bottom line,” Pam Phillips said, “is that no animal is a throwaway.” 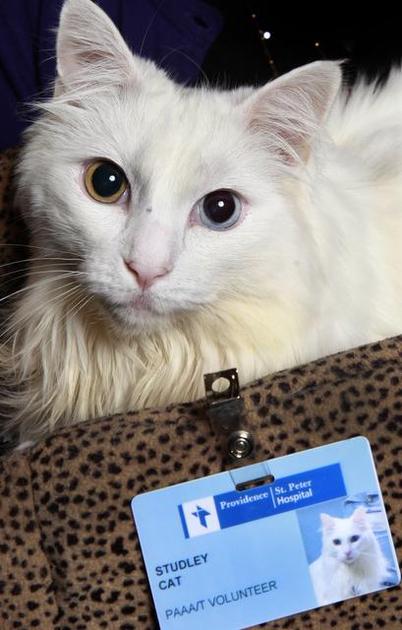 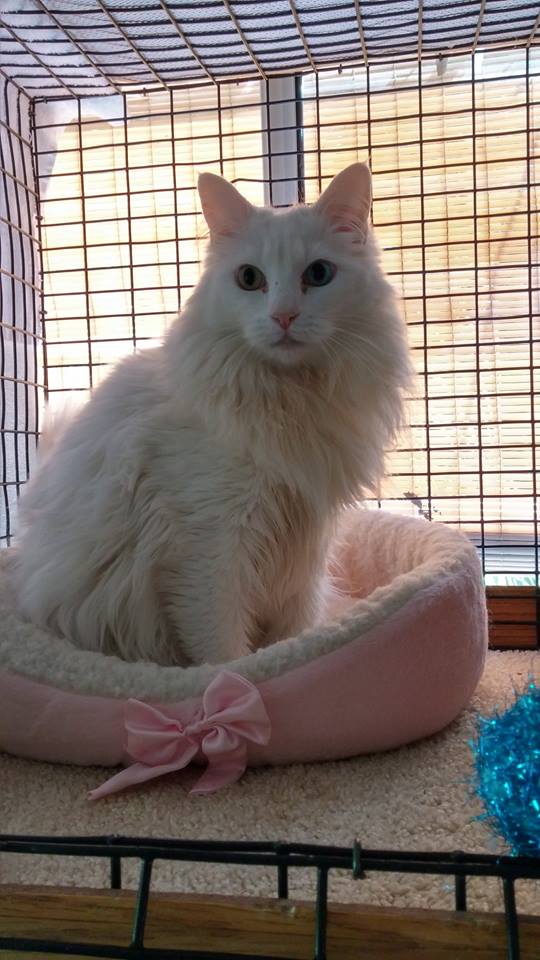 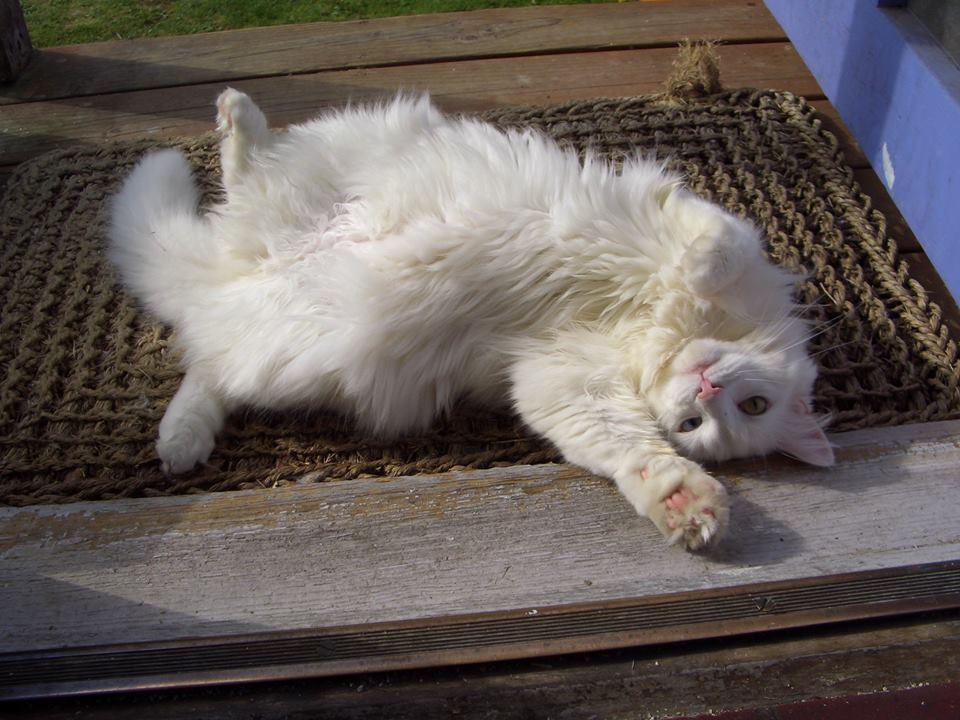 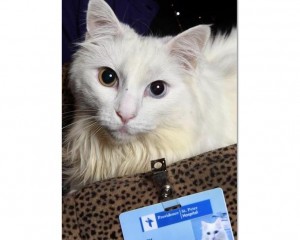