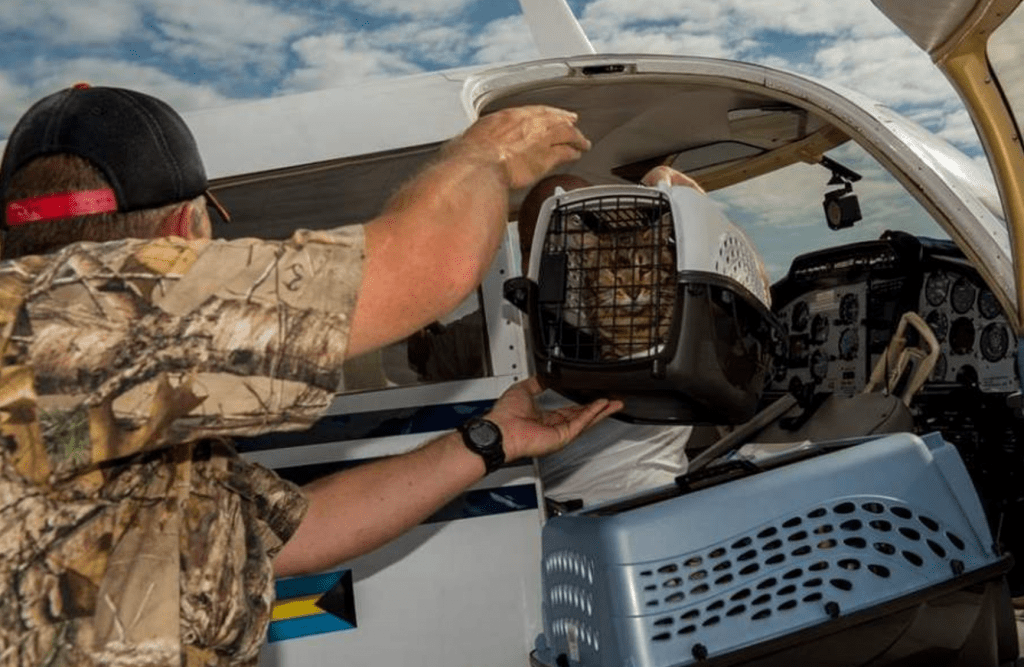 Ruby Meade has a favorite t-shirt that reads, “CATS, Because People Suck.” Well, maybe not all humans. Because she got the help she desperately needed to get all 25 of her rescue cats out of Git-Mo in Cuba and airlifted to the United States. Many feral cats roam the naval base in Cuba, and those that are caught are euthanized. The story of how Ruby and her husband Glynn Meade adopted and cared for rescued ferals on Guantanamo Naval Air Base is not your typical tale. And it would not have a typical ending, according to a story in the Charleston Gazette-Mail, which also posted a YouTube video with this explanation:

“When Ruby and Glynn Meade decided to retire from their lives as government contractors at the Guantanamo Naval Air Base — better known as ‘Gitmo’ — in Cuba, they had a problem. Well, 25 problems. What to do with their 25 cats? If they left them, they might turn feral and be euthanized.” And no one wanted to see that happen to these sweet felines, including Groucho, seen in a carrier, above, and Morticia, pictured here. And Pepe, of course.

“An international collaboration between Operation Git-Meow, Bahama Habitat, a West Virginia pilot and a lot of helping hands, was just the ticket.” It wasn’t long before all 25 cats were put in carriers and airlifted  to their new home in South Carolina, yowling all the way.