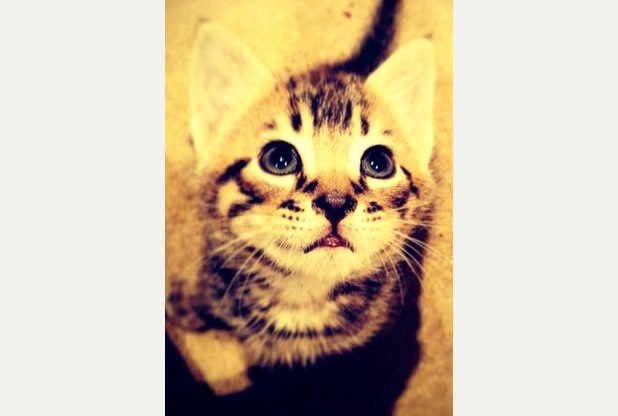 Little Soldier was living as a stray at a British Army barracks at Tidworth Garrison, in Wiltshire, UK when he met his friend and rescuer, Fusilier Damon Milward.

The tiny 5 week old kitten was cold, weak, lethargic, wet and starving, and far too young to be fending for himself and on his own. When Damon found him, he was being bullied by a tough, much larger grown cat. The soldier got the kitten out of harm’s way and warmed him in a pile of spare uniforms, where he could feel safe and protected while recovering from the cold.

Damon and his fellow soldiers looked after the weak little kitten, then contacted the RSPCA. RSPCA inspector Kate Fletcher from came out to get the tiny kitten, who she took home and fostered herself because of his young age and poor condition.

She said: “He was so ill when I first met him, we were really worried.

“He was cold and shivery and very weak and dehydrated – and definitely would not have survived without help.

“I had to be up most of the night weaning him for the first week or so – hand-feeding with special milk every couple of hours, helping with going to the toilet and basically keeping the little fella warm and comfy.

“I am so happy that he is now doing so well – playing with my cats and dogs and giving them a run for their money. A really gorgeous little thing and a proper brave Little Soldier.

“I have no doubt that Little Soldier would have died had these kind-hearted soldiers not taken the time to rescue him and call us.

“They may look tough – but obviously are complete softies underneath, especially when it comes to baby kittens.”
. Damon said: “We have a lot of strays wandering around the barracks but it was obvious that this one was not looking too clever – especially with that larger cat pawing at him.

“I knew he wouldn’t have lasted if we didn’t do anything so we couldn’t have just left him there. Me and a few others picked him up and brought him inside.

“It is great to hear he is now doing so well.”

Little Soldier has recovered well from the effects of his difficult start in life in the few weeks since his rescue, and will soon be ready to begin a fresh chapter in a loving forever home. 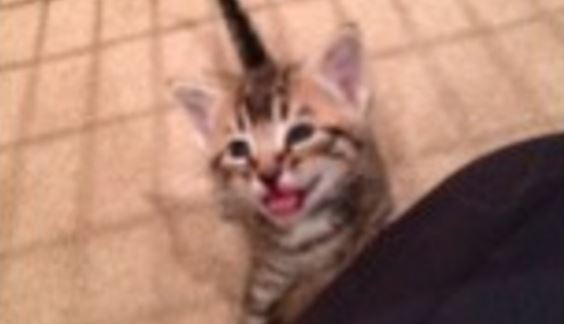