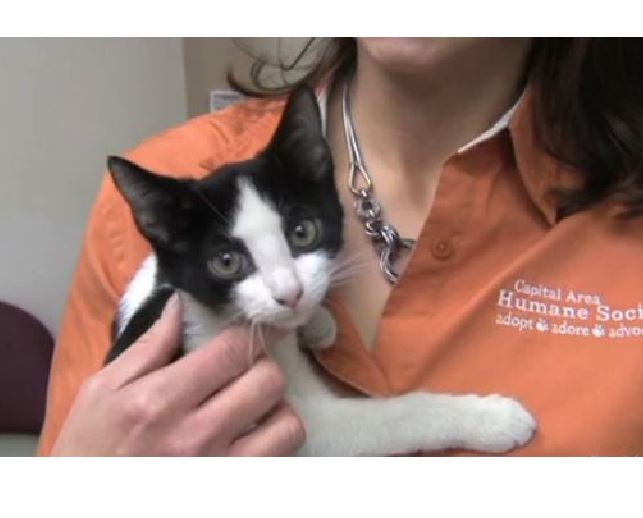 A shelter decided that its already improved save rates for cats was not good enough and recently enacted policies that have already saved many more lives.

The Capital Area Humane Society in Hilliard, Ohio is pleased that they are now saving the lives of many more cats than before and says more than 500 cats have been spared from euthanasia in the past two months and its live outcome rates for healthy, adoptable cats are now at 93%.

Under the new policy, animals brought to the shelter receive an exam, vaccinations and necessary medications for a nominal fee, which can be waived if the person dropping off the animal can’t pay. The person bringing in the animal is then offered support supplies, including food and litter, and is asked if they would consider fostering or keeping the animal. When the adoption floor is full-up with cats, people are asked if they would keep the cat they’re dropping off until space opens up.

The new police not only saves the lives of cats, it allows people who felt forced to give up their pet due to financial hardship to keep and continue to care for the pet.

While the policy applies to all animals brought to the shelter, it is of particular benefit to cats, since dogs have historically had a much higher placement and live-outcome rate.

Executive Director Rachel Finney says that the new polices were implemented on September 1, and, through Oct. 23, the society had a 58 percent drop in the number of admitted cats being euthanized, compared with the same period in 2013.

Shelter staff found it both upsetting and unacceptable to spend up to 3 hours a day putting down cats and now report that there are days when no cats were put down.

“This is a game-changer,” she said. “This is going to rock the world of central Ohio and cats.”

Caity Waites and her roommate worked with the shelter to help three stray kittens, after they turned to the humane society when other shelters said they couldn’t help. The kittens were given veterinary exams and the women agreed to foster them until the shelter could take them. None of the kittens had to retrn to the shelter, because the roomates found home for two and they kept the third.

Ms. Finney cited the story of the three stray kittens as “a great example of partnering with the community to find solutions for cats in need.”

“It was just the easiest thing in the world,” Ms. Waites said. “They just genuinely wanted the kittens to get homes. The whole experience was completely seamless and friendly and caring from start to finish.”

The shelter has also reduced its adoption fees, dropping them from $70 to $25 for kittens and from $45 to $10 for adults. The reduced adoption fees will continue for the remainder of 2014, and may continue afterward.

The humane society has begun using a new RescueNet resource that links it with five rescue groups in the area. When a cat receives its intake exam, its photo and information are posted on a closed Facebook page, and the participating organizations can take the cat for rescue it they have the space and resources at the time.

Ms. Finney called the collaboration “innovative, very cutting edge,” and said it’s being monitored as a possible model by agencies around the country.

Missy Keifer, of A Purrfect Start in Grove City, said her organization has been working with the society for a number of years, and she’s pleased to see increased collaboration. She said it buys time and increases options for placing cats.

“With more people involved and more people working toward it, it has to make a difference,” she said. “I truly believe it’s the way to go.”

Ms. Finney said the Capital Area Humane Society’s operating costs are expected to increase by $200,000 this year because of the new policies and reduced adoption fees but says the board is willing to take on the added costs in order to save lives see the animals in homes.

“They said, ‘We’re gonna do it. We’re putting everything we have into this program. We know it’s going to bring results,’  ” she said. “And it already has.”

Watch the Columbus Dispatch report on the story, where Capital Area Humane Society Executive Director Rachel Finney talks about the positive changes at the shelter :