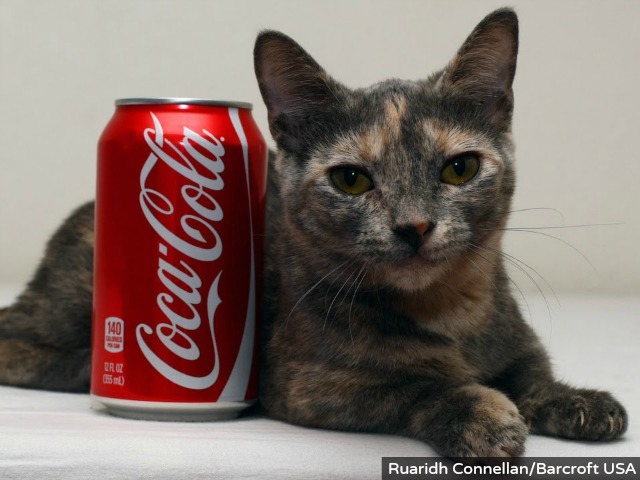 Pixel, the tiny 5 inch tall cat from a Potrero, California Munchkin breeder, has been in the news in recent days, where she has mostly been treated as a cute little novelty. Is it cute or creepy or both that she has been bred this way?

Of course, it is not the Munchkin cats’ fault they are short-legged by design, and they are just as deserving of love as any other.

The short video report on Pixel shown below includes footage with her owner/breeder, who speaks for herself, for good or ill.

Speaking of living with the pint-sized cats underfoot, Tiffani Kjeldergaard says on camera: “You can’t leave doors open, you can’t close refrigerator doors too quickly because one of them may have snuck up at the bottom of the door and stuck their head in,” she said. “We have to move very slowly when we walk so we don’t step on anybody.

“Everyone of them has been stepped on or kicked once because it’s just what happens in a house of munchkin cats.”

Kjeldergaard defends the breed, saying: “People who don’t understand the gene consider it a genetic defect or mutation or something of an abomination.

“It’s their build and it’s natural for them to be built this way.”

The video report is introduced by the creator, who writes:

“Standing at just five inches tall from shoulder to paw, little Pixel could be the world’s shortest cat. Despite the tiny cat being unverified by Guinness World Records, Pixel’s owner Tiffani Kjeldergaard is confident that her Mini Mew Munchkin cat is a record breaker. The previous record of six inches was held by Pixel’s mother Fizz Girl in 2012. The cats have a rare gene makeup meaning they are born with unnaturally short legs.”