The Pet Industry Joint Advisory Council advocated against a bill to establish an animal abuser registry in Maryland and is celebrating the bill’s defeat. 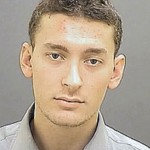 Senate Bill 301 and House Bill 1020, which would have established an Animal Abuser Registry, failed to pass in the Maryland General assembly’s current session, both dying in recent days. If the bill had become law, those convicted of abuse or neglect would have been required to register with their county sheriff and have their photo and address, with a description of their crimes, on a publicly available website for 10 years. Convicted abusers would have been prevented from purchasing an animal during the time they were listed on the registry.

.
PIJAC testified at committee hearings opposing this legislation and argued that the law which would have come from the bills would impose excessive burdens on pet dealers. The group posted in a legislative action alert at its website that, “Such a requirement, applying to the majority of transactions a pet store makes, would be so cumbersome and time-consuming that it would seriously impede business. Furthermore, the penalties provided in these bills were excessive and would have been detrimental to small businesses in Maryland who may not have the resources to comply with these provisions.”

The alert continues with, “Pet stores, animal breeders and animal shelters would have been responsible for determining whether a person seeking to purchase or adopt an animal appeared on the registry, and would not have been able to knowingly offer, sell, deliver give or provide an animal to a person listed in the registry.  Any animal shelter, pet store or animal breeder found not to have consulted with the registry before transferring an animal would have been guilty of a misdemeanor and for a first offense faced a fine of up to $1,000.  For a second offense, and all subsequent offences, these entities would have been subject to a fine of up to $10,000.” Note the inclusion of the word “knowingly” (our italics), which seem to offer those selling or adopting out animals some protection from the fines.

The trade group states of itself that, “PIJAC promotes responsible pet ownership and animal welfare, fosters environmental stewardship, and ensures the availability of pets. It is a nonprofit, service-oriented organization comprised of Members who care about pets and the pet industry.” PIJAC is a pet industry tradetrade association that employs lobbyists and follows animal welfare legislation nationwide. Membership is open to animal sellers, retailers, groomers, pet sitters, manufacturers and distributors, manufacturers reps, pet owners, groups and societies, and veterinarians. They have a page, PIJAC4Pets, on Facebook. Some animals lovers have posted at the group’s Facebook page in the face of the abuse registry’s defeat.

PIJAC took a position on a puppy mill related bill also on this year’s legislative calendar in Maryland. That bill would allow buyers to be reimbursed for some vet bills for pets purchased from stores and dealers. PIJAC’s position is that it supports a warranty the reimburses customers for vet bills only to to the price paid for the animal, according to Michael Maddox, vice president of government affairs and general counsel for PIJAC.  This bill applies to all purchased animals but is intended to address the problem of puppy mill breeders and the tragic results for many of the dogs and their owners as health problems emerge. A pet owner can pay several hundred dollars for an animal and then face several thousands of dollars in vet bills as those problems come to light.

.Photo: Mugshot of animal abuser and cat killer Ethan Weibman, who pled guilty in an animal cruelty case in Maryland this year.