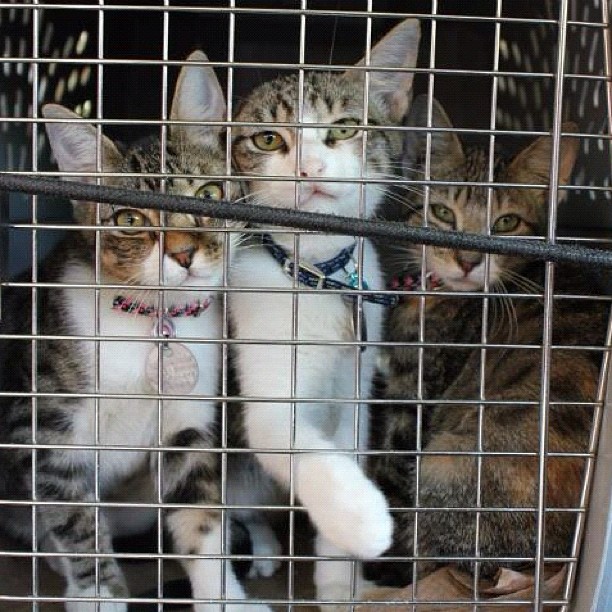 The organization wrote about their role in helping Gulf Coast shelter pets:

As part of our nationwide Emergency and Disaster Rescue Program, North Shore Animal League has deployed two of our Mobile Rescue Units to Mississippi in anticipation of the arrival of Hurricane Isaac, which is threatening to reach hurricane-level winds when it hits land in the Gulf Coast.

After receiving a call from Humane Society of South Mississippi this weekend, Animal League America’s Rescue Teams set out immediately for the region. They reached Mississippi Sunday evening and today are fully deployed in a massive rescue effort, as they prepare to bring about 100 dogs, cats, puppies and kittens back to the safety of Animal League America’s Port Washington, NY, headquarters.

The relocation of the Mississippi shelter animals to our campus in New York will free up space to house companion animals that were threatened by the hurricane, since the shelter had been told to evacuate. 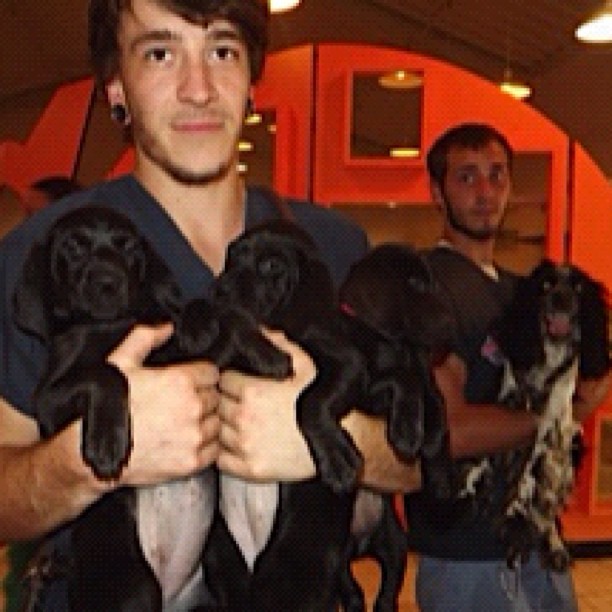 “If the shelter in Hurricane Isaac’s path had remained full, they would’ve been unable to take in the innocent animals at risk of being harmed or displaced when the storm strikes,” explains Joanne Yohannan, Senior VP of Operations at Animal League America. “That means anyone told to evacuate would have to make the awful decision of what to do with their pets. We are dedicated to making sure that animal owners never have to choose between their own safety and the safety of their animals.”

Animal League America has a long history of responding to national disasters, including the devastation wrought by Hurricane Katrina in 2005. “We were one of the first animal rescue agencies on the ground in the aftermath of Katrina,” says Yohannan. “Not only did we rescue thousands of animals, but we gave them the medical care they needed. We worked diligently to return them to their owners, but when that wasn’t possible, we made sure they were adopted into safe, loving homes.”

The Mississippi Rescue Effort is the first step in what we anticipate will be a major response in the Gulf Region. Animal League America will continue to provide important updates on Hurricane Isaac, and we ask all of our supporters to come to our Port Washington Adoption Headquarters to adopt animals so we can make room for the animals that will arrive in our care within hours.