.
It took an ax, a power drill and a big mallet to break through concrete, dirt and wooden supports to rescue a beautiful Russian cat who’d been trapped underground below pavement in the city of Yekaterinburg for more than a week.

Neighbors in an apartment block used tools and muscle to break hole in newly laid concrete pavement after they heard the cat’s meows and cries for help.

After a week first spent trying to locate where the cat’s cries were coming from, and then trying to find the people who poured the concrete, the neighbors took matters into their own hands and made the rescue.

“When we traced them, they also said they couldn’t help as they needed the council’s permission to dig the pavement up again. But then we couldn’t find in the council exactly who should authorise permission – at least in time to save the animal.

“And in the meantime, the cries of the cat were getting weaker and weaker.

“It took four to five hours because we just didn’t have the tools, most of the electrical stuff we had was for making small holes in the wall, not breaking open a massive steel reinforced concrete slab. Eventually someone managed to find a sledgehammer and a metal spike, and it was faster after that.”

Kitty’s owner said: “I had lost her 10 days ago, I didn’t know where she was and it’s great to have her back. I’m really grateful to all those people who got involved, and I have no idea how she ended up in the space under the walkway. I assume she must have been looking for mice.”

Watch the rescue and see the kitty back in the light and air afterward: 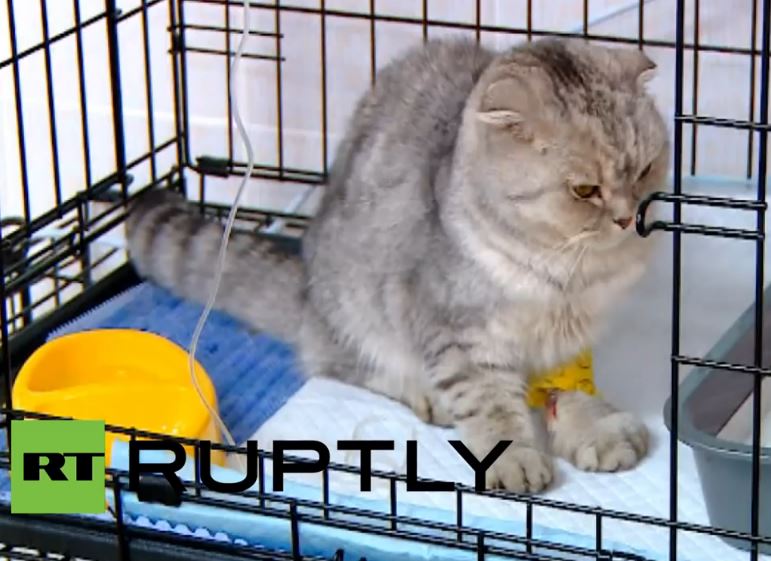