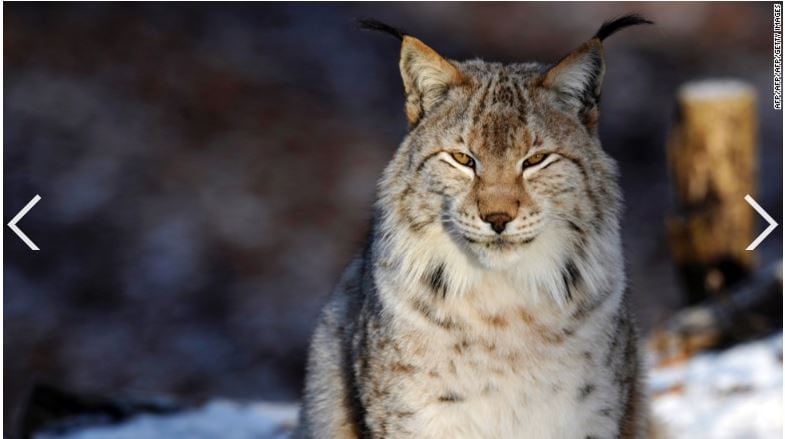 Britain hasn’t seen a lynx loose in the wild for more than 1,000 years. That could change very soon. A group of conservationists and scientists plan to release six Eurasian lynx at selected sites within the United Kingdom in the hope that the cats can help restore over-grazed woodlands.

The long-eared wildcat was wiped out by rampant trapping and habitat destruction, and some believe that Britain’s forests have suffered as a result. “The lynx is absolutely perfect for the UK,” Paul O’Donoghue, chief scientific adviser of Lynx UK told CNN. “The countryside is effectively dying with no forest regrowth and lynx will drive regeneration.”

Predators play an important role in keeping deer populations in check, conservationists say. The proliferation of deer has led to overgrazing that has decimated forest flora, and the loss of habitat also threatens rare birds and mammals.

The plan has so far won public support. One survey showed over 90% in favor — although farmers have expressed misgivings that sheep and other livestock will be put at risk, according to the Independent. Lynx UK says that data from other countries indicate that such attacks will be rare. Lynx will be fitted with GPS trackers to monitor their movement and to learn more about breeding and hunting habits. If the five-year trial is successful, it will be extended and expanded. A similar program met with success in Colorado where the formerly abundant Canada lynx population had dwindled, then vanished. By 1973, “the lynx was believed to have disappeared from Colorado,” according to a report by the Fish and Wildlife Service. From 1999 to 2006, 218 lynx were introduced into the sate, most of them in the Southwestern region, including the San Juan Mountains. By 2010, a self-sustaining lynx population had been established, according to wildlife researchers.

Deforestation plays an important role in conservation efforts. A report on the state of woodlands in the United Kingdom reveals that the forests of England and Ireland are dwindling. The Woodland Trust points out that the UK is one of the “least wooded” countries in Europe. “Only the Netherlands at 10.8 per cent and Denmark at 1.8 per cent are lower than the UK (excluding micro-states). Within the UK, Northern Ireland at 6.5 per cent and England at 9.9 per cent are the lowest in terms of woodland cover.”