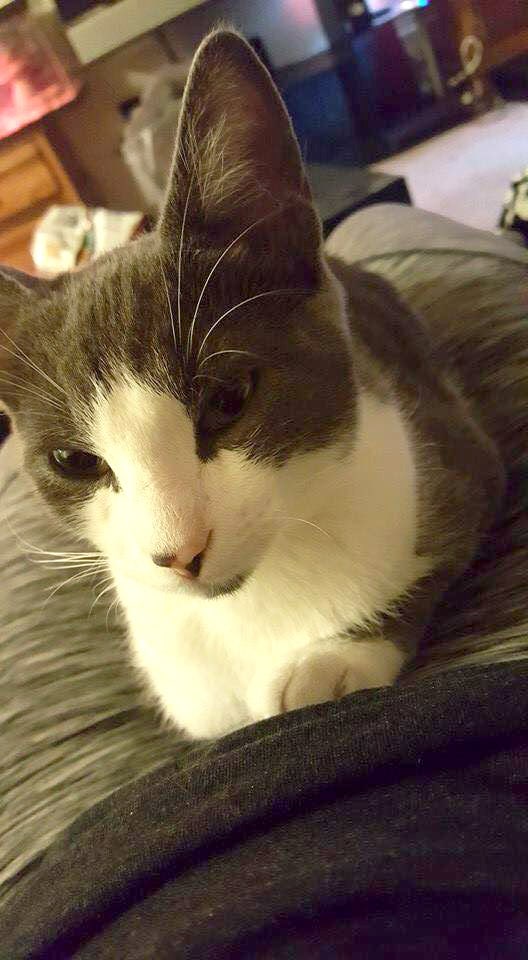 Police conducting a sobriety checkpoint in New Orleans on Thanksgiving Eve had some unexpected company: A grey and white cat wandered up and proceeded to keep the officers company all night long. The cat was incredibly friendly, staying with police as they checked 830 vehicles.

But, what to do when it was time to go home? The checkpoint was on Route 3188, a busy street, and it wouldn’t be safe to leave the cat out. Animal Control and animal shelters were closed.

But then, one of the drivers who came through the checkpoint offered to take the cat home. He was excited to have a new family member, and Louisiana State Police even posted a photo of the pair on their Facebook page. It seemed the perfect holiday story with a happy ending.

That is, until the cat’s owner saw the photo. Lori Beth White posted on the photo, indicating that the cat, named Melody, was hers, and that they’d been searching for her. Melody had learned how to open doors with her paws, and had run away on November 17th.

Luckily, the officers had the phone number for the man who had taken Melody home. Officers even pooled together the money for an adoption fee so that the man could get another cat. But when they contacted him, they learned that Melody had escaped out a door earlier that day. She was lost again.

This story has a happy ending, though. Melody was spotted on Monday, strolling up to another stranger. White picked up Melody and the cat is now home, safe and sound, after having been on quite the adventure.