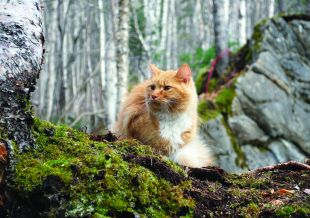 Hope and her litter of six kittens were discovered by hikers earlier this month , abandoned,alongside a mountainside walking trail outside of Corner Brook, Newfoundland, Canada. Jody Nichols contacted Scaredy Cat Rescue after finding the kittens, then set out to rescue them. The kittens were easily captured for rescue but the Mama was wary, ran off,  and would not allow herself to be taken.

Now she is safe, too, thanks to good fortune and the efforts of  Good Samaritans. 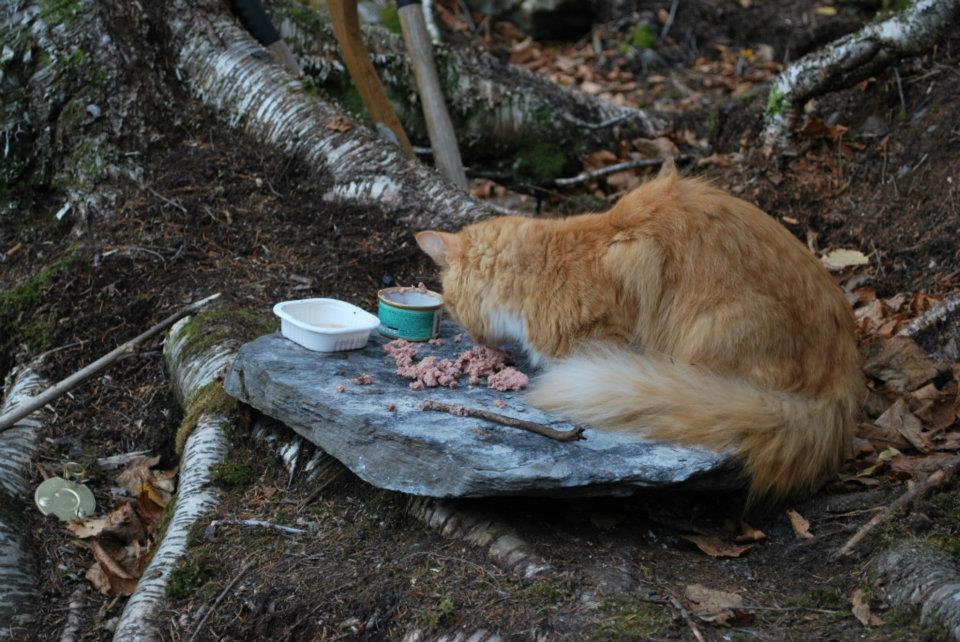 Hope was next spotted and encountered on the shores of the Humbert River by Peter Davis, in the area where she and her kittens were first seen. Peter rides his Sea-doo to a favorite spot where he can build a little campfire and enjoy the beauty of nature. One day the cat appeared and he gave her a bag of chips, which she devoured. The next day, Peter returned with cat food, and kitty had a proper meal. Hope became increasingly more trusting and friendly toward Peter, after being fed and getting used to his companionship.

Between Hope’s underfed appearance and known predator animals in the area, Peter became concerned for the little cat and called the SPCA. They directed him to SCR, who encouraged Peter to trap Hope and said they’d take her. Peter and his friend Keith Hiscock went to the site last Thursday with a carrier and food and were able to get hope into the carrier and take her to safety. 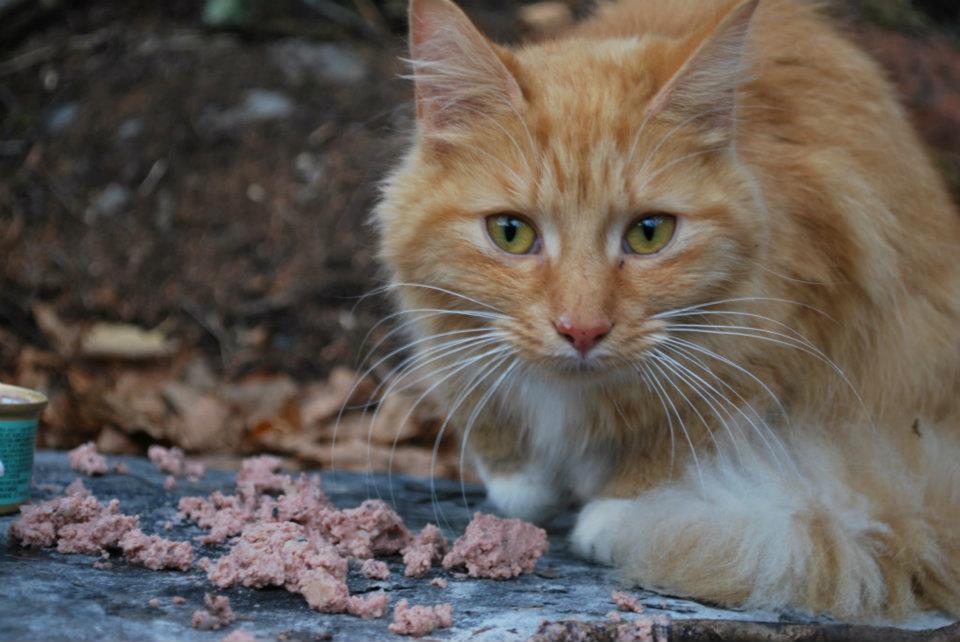 Janet Higgins, of  Scaredy Cat Rescue feels that Hope was dumped and abandoned, rather than having wandered to the wooded riverbank area. She is considered to be too well socialaized to have been feral.

Foster caregiver Janet Bennett, who gave Hope her name, says that the cat was skinny and malnourished, but is filling out and looking better already. Janet is giving Hope lots of love and care as she recuperates from the ordeal and waits for her forever home.

Jody Nichols, who rescued the kittens, was overjoyed to learn that Mamma kitty had been rescued, too. She says she felt terrible knowing the Mama was still in the wild, all alone. Four of the kittens have been adopted (one of them by Jody) and two remain available and in foster care. Scaredy Cat Rescue is a new group, having been founded earlier this year. They have rescued 120 cats and kittens already.