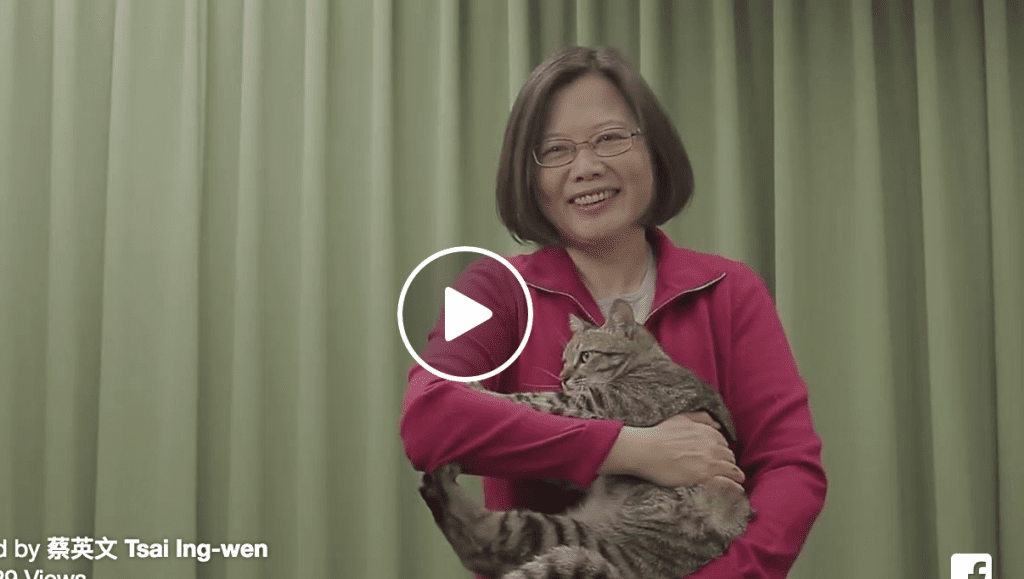 Taiwan’s parliament has banned the slaughter of cats and dogs for human consumption. And Taiwan’s cat loving woman president is no doubt celebrating this victory for animals.

Taiwanese President Tsai Ing-wen is often photographed with her cats, Cookie and A-Tsai. And last year she  adopted three retired guide dogs. Tsai is Taiwan’s first female leader and a cat lover who routinely features her cats on her Facebook page. The new law is a landmark amendment to Taiwan’s Animal Protection Act, according to the BBC, and is the first of its kind in Asia.

Anyone caught breaking the law faces a large fine or up to two years in prison – and having their names and photographs made public. The bill prohibits those using a car or motorbike from pulling their pets alongside them on a lead as they travel. 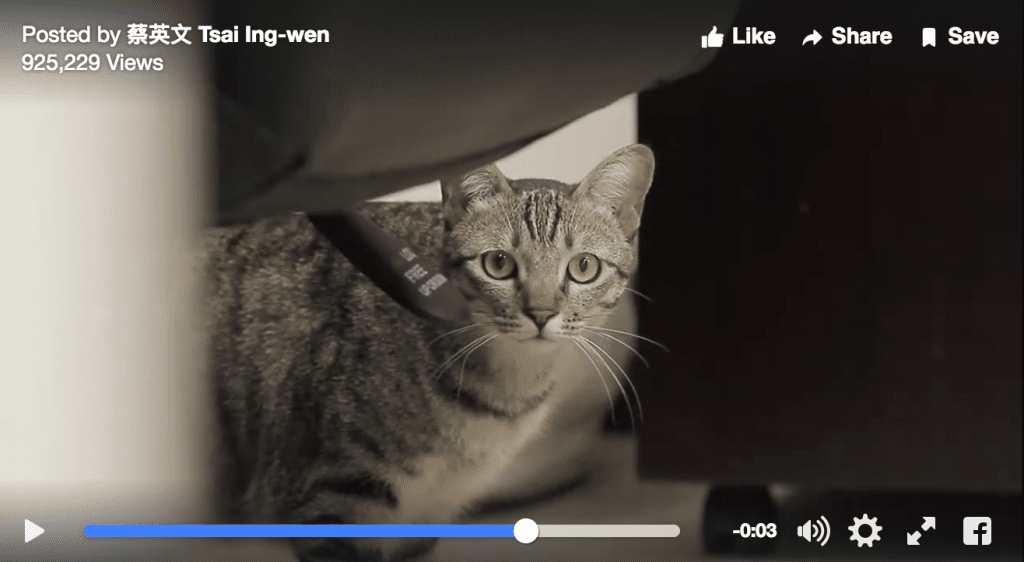 Many credit President Ing-wen with setting an example for her country when it comes to humane treatment of animals. In 2001, Taiwan passed legislation banning the sale of dog and cat fur.