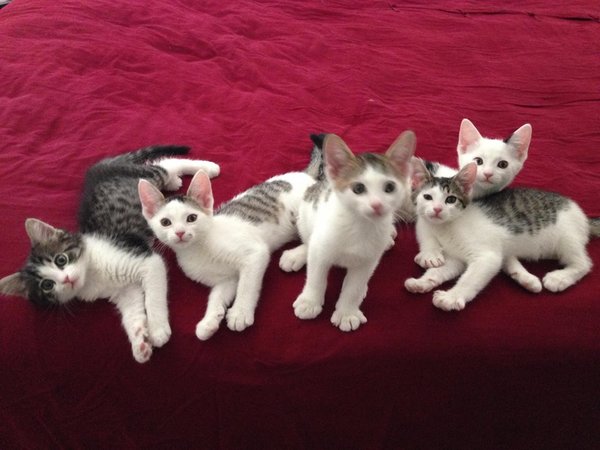 A litter of kittens are up for adoption, after being saved and lovingly nurtured by Officer Heather Krimm with the Phoenix Police Department.

At around 8:00 p.m. on Sunday July 27 Phoenix, Arizona police officers were called to the area of 3800 W. Camelback Rd. in response to an animal cruelty report. When officers arrived they discovered five newborn kittens that had been thrown away in a dumpster.

Phoenix Police Officer Heather Krimm was one of the responding officers and she attempted to place the kittens with a local Emergency Animal Clinic but the clinic could not take them. So, in consult with the Arizona Humane Society and with the approval of her supervisor, Officer Krimm took the kittens home to care for them.

Officer Krimm has cared for the kittens for the past 8 weeks, and now they are old enough to find their forever homes.

“When I look at them, I just think, ‘I can’t believe someone threw you away,’ ” said Officer Krimm. “It’s a complete disregard for life.”

“They were basically hours old, still had the umbilical cords,” she said. “They were in a box with glass and other trash items. I had taken them to the emergency animal clinic and they couldn’t take care of them.”

“I went to the nearest store and got a bottle and some kitten formula,” Krimm said. “They had never eaten before, I’m assuming. I had to feed them about every 45 minutes. Put the bottle in their mouths, squeeze and get them to try and know that was food and they needed to eat.”

Officer Krimm named the kittens Jezebel, Calico Jack, Thomas, Zen and Marilyn. She has developed a sentimental attachment to all five of the kittens but cannot keep them all, and got choked up at a news conference today talking about the kittens. Little Jezebel, the smallest kitten, will remain with Officer Krimm but the others will be put up for adoption.

“[Jezebel]actually is the runt of the litter, and she was so tiny and so little,” she said. “We had a little bit of trouble with her the first couple of weeks. She actually had to go to work with me and do ‘little kitty ridealongs.’ ”

News reports are calling the kittens Krimm’s Kitties,” however, a Facebook page that celebrated their rescue and has followed their progress calls the The Famous Five.

On Saturday, Oct. 4, the four remaining kittens will be available for adoption at the Arizona Humane Society’s Sunnyslope campus (9226 N. 13th Ave.) at 11:30 a.m. There will be a raffle and each winner will be allowed to adopt one kitten for $75, which includes spay/neuter surgery, vaccinations, and a follow-up vet exam with VCA Animal Hospitals.

See our post from August 6, Police Officer Cares for Newborn Kittens Rescued from Dumpster, for more. 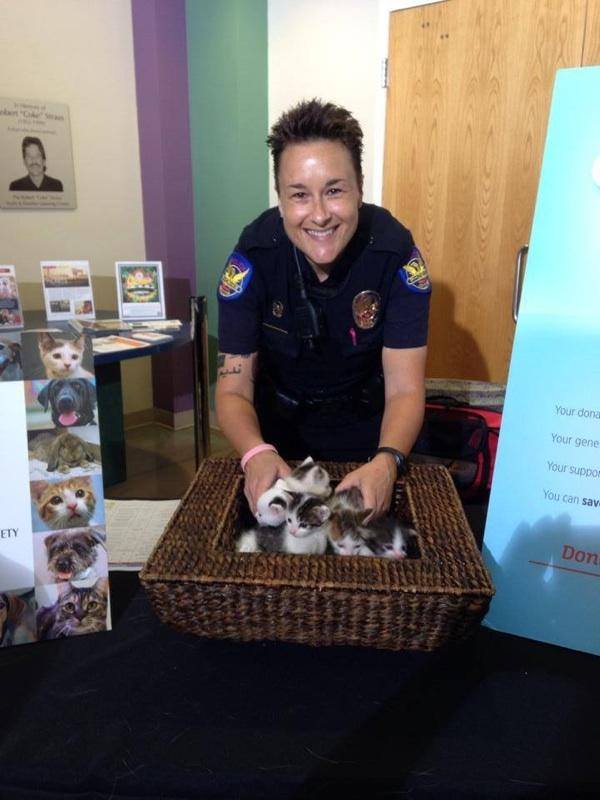 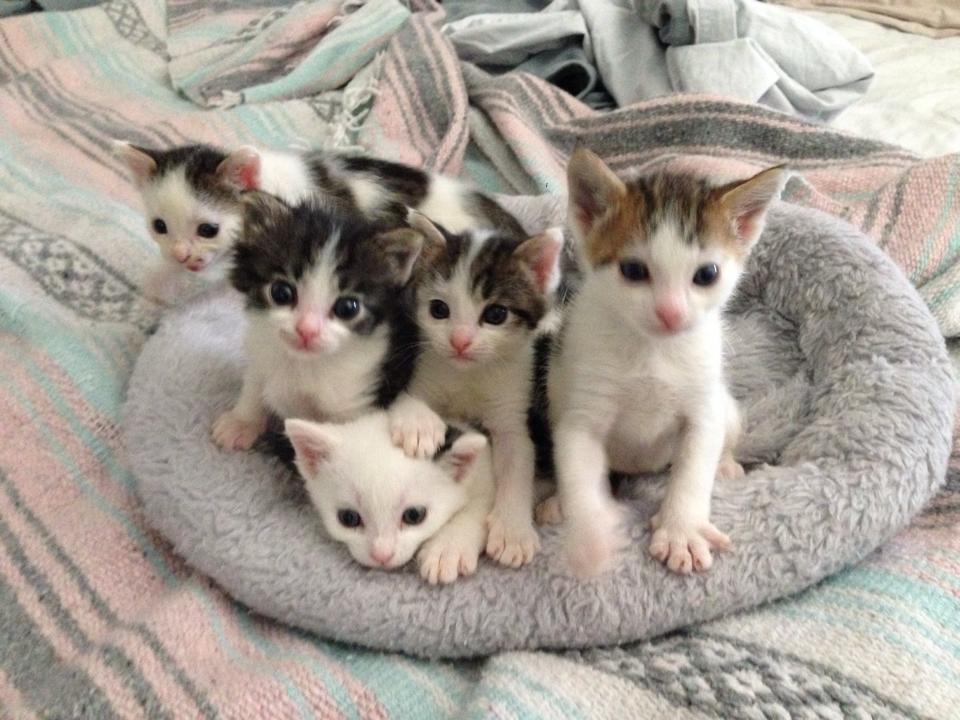