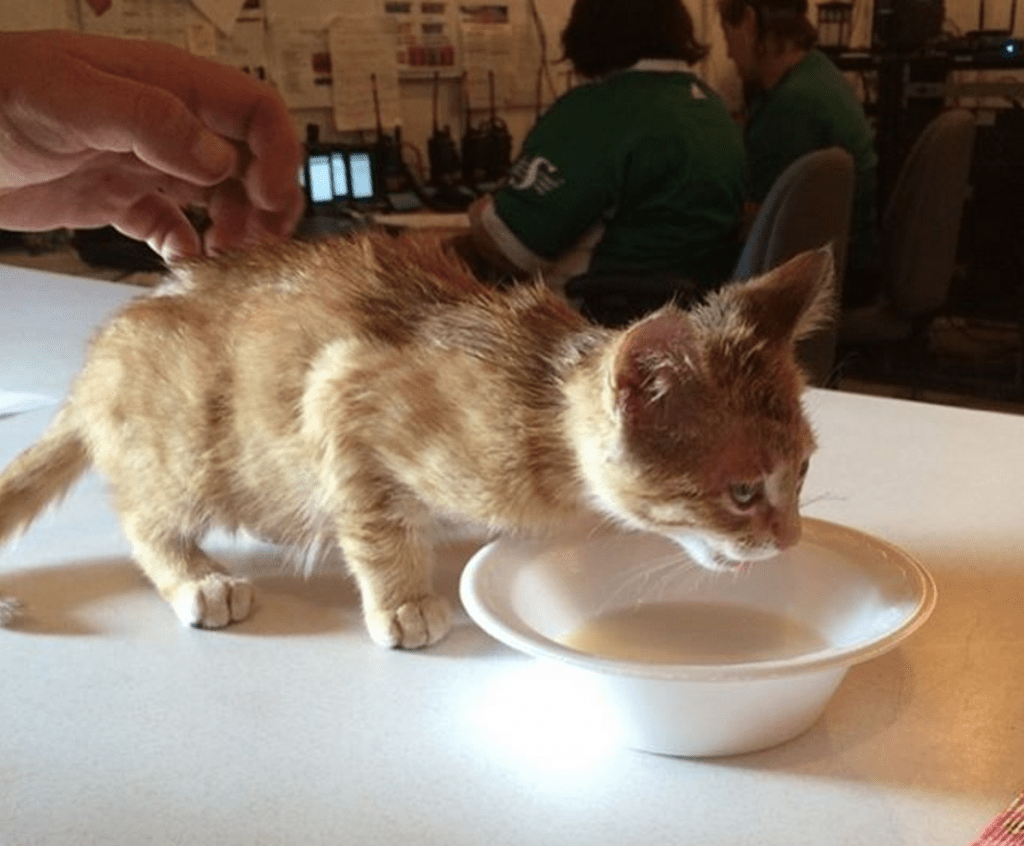 A kitten doused with alcohol and set on fire at a country music festival in Saskatchewan is making a full recovery, thanks to emergency care. Outrage over the incident led to a police investigation and charges being filed against an unidentified man and youth.

“We had the RCMP rush us a little kitten with burns on her body,” reads the post of the Facebook page by veterinarian Tanya Marshal of TM’z Veterinary Clinic. “The kitten had been brought onto the [festival] grounds and drunken individuals were drenching it in alcohol and then lighting it on fire. Animal cruelty to appease their drunk state SHOULD NEVER BE TOLERATED. Our team at TMz are shaken by these events.” 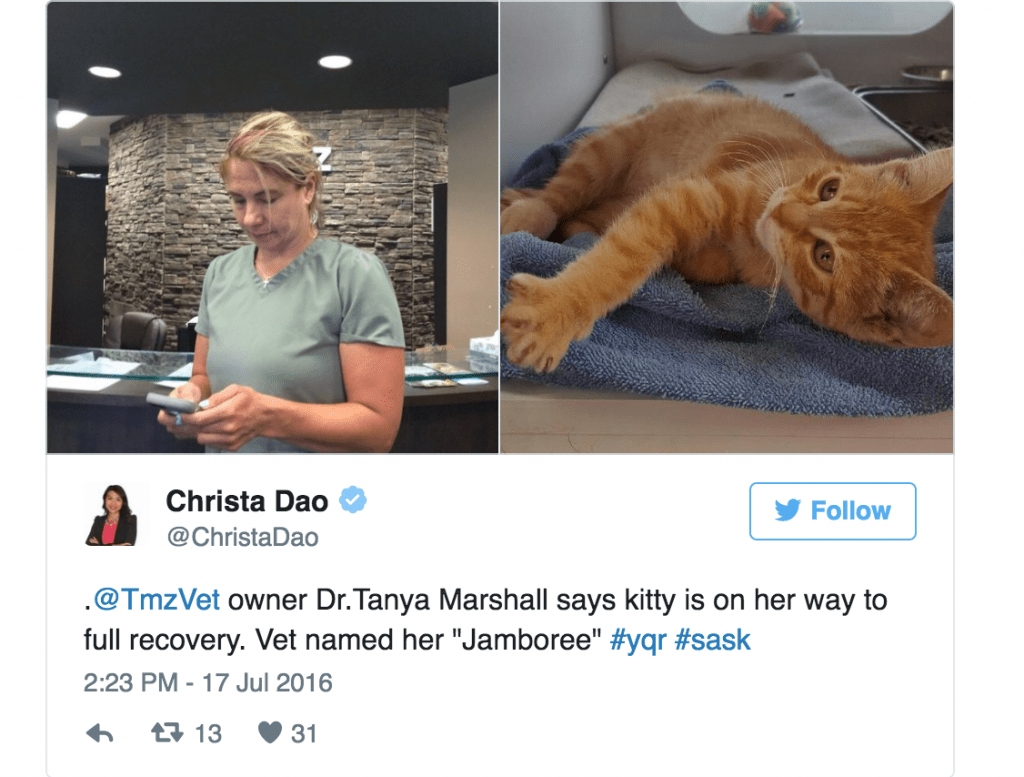 The incident took place on Saturday. Police were tipped off that a kitten was being abused at a campsite on the grounds of the Craven County Jamboree, according to CBC.com  By early Sunday, the female was “doing very well and was so comfy on her pain medications that she was chowing down on a meal late tonight. She is being treated with compassion and care at TMz. We have named her Jamboree and her prognosis is excellent.” The veterinarians described the burns as superficial.

The RCMP reported two individuals, a man and a youth, have been charged with injuring an animal, but they are withholding their names. The organizers of the Jamboree said the individuals involved were kicked out of the festival; a spokesperson issued a statement after being bombarded with complaints and accusations that organizers tried to downplay the incident. “This is not something that we would ever support,” Kim Blevins, director of marketing for the Craven Country Jamboree, told CTV News on Sunday. “We love animals, we love pets and we know that 99.95 per cent of our fans love animals as well.”  The festival has been marred by reports of alcohol abuse, assaults and disorderly behavior, according to noiseyvice.com. The two individuals charged are scheduled to appear in court on September 19. They will face charges of causing an animal distress and injury. One of the veterinarians who treated the kitten called the attack “despicable.”