An adorable fluffy orange kitten adopted after being found as a bedraggled stray saved his petparents and himself when he alerted them to a nighttime fire at their home.

Crystal and Kris Horton were both asleep when fire broke out in the garage and spread to their Dixon, Illinois home in the early morning hours on September 29.

Crystal went to bed first but couldn’t go to sleep because August, the kitten adopted during that month, was feeling playful and wanted attention.

“I sent Kris a text [at about 10:30 p.m.] that said, “Can you come get sir-licks-a-lot?’” Crystal said, laughing, while telling her story to the local paper.

Kris went to bed at around 11:30 and fell asleep. A few hours later she woke to find August standing on top of her, staringat her and then at the door.

“Then she got up and realized it was glowing orange right outside,” Crystal said. “She screamed at me to get up and to get the kitten, and he was still sitting on the bed next to me. So I shot up out of bed, grabbed him, and I stepped out of the room, and I see the fire, and I knew I had to call 911. So I grabbed my phone, grabbed him, and ran out of the house.”

Kris and Crystal adopted August last summer after a friend found him wandering the streets of Dixon, homeless and hungry with matted fur.

“I was out of town and I was like, ‘If you haven’t found a home by the time we get back, then maybe,’” Crystal said., continuing, “Well, when we got back, he was already at the house.”

The couple and their cat are staying with Kris’ sister.  The only thing the women took from their burning home was Crystal’s cell phone.

They returned to their burned out home with a fire crew the following morning to search for mementos. 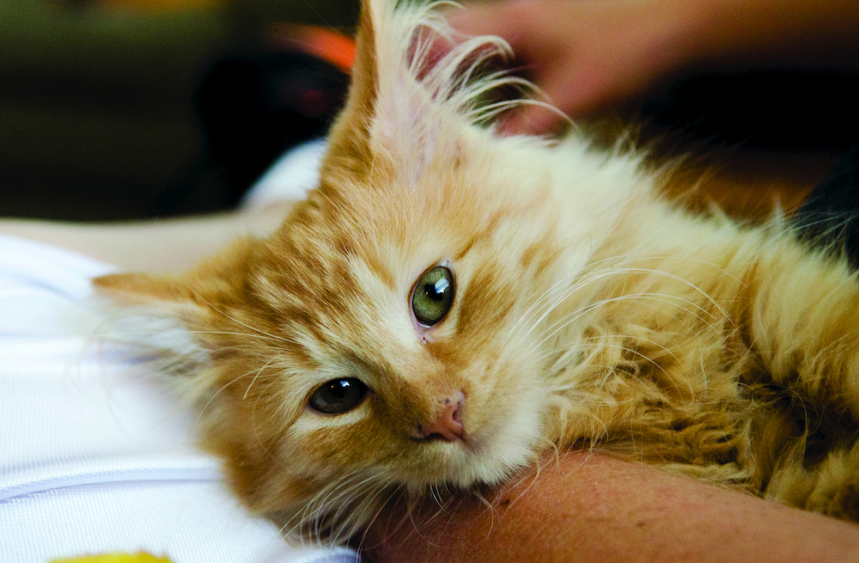 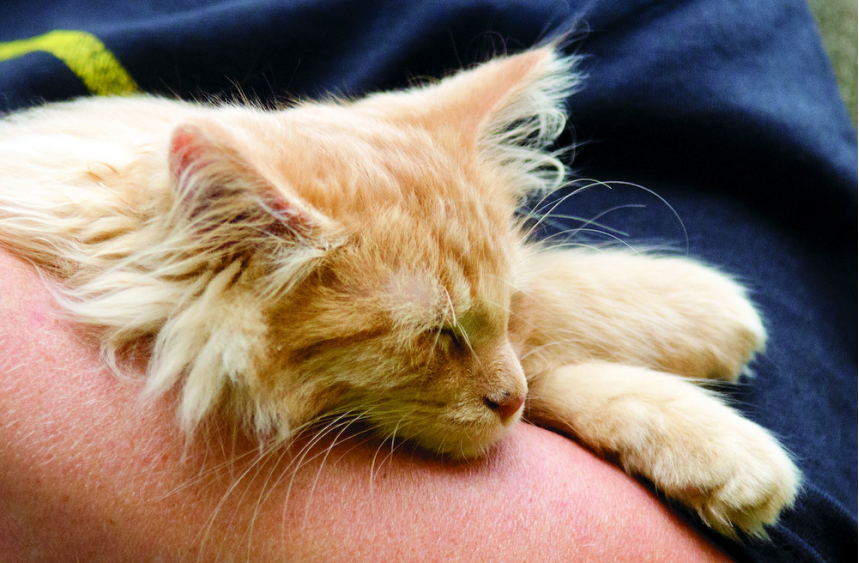