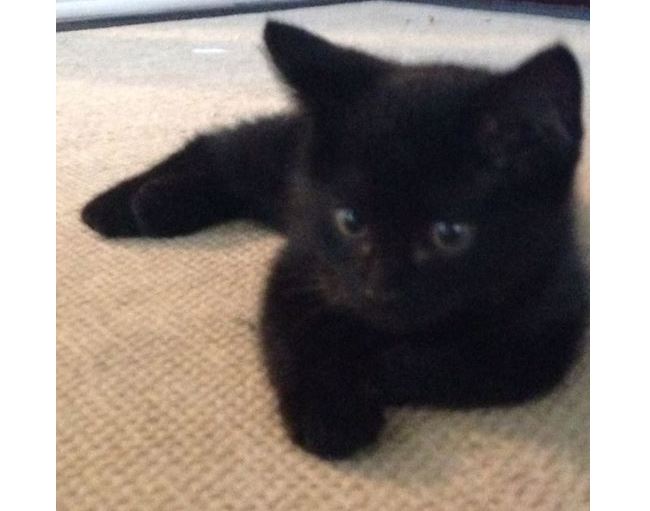 A family’s three boys were overjoyed and overcome with emotion when their parents surprised them with an early Christmas gift in the form of a stray kitten they had been told they could not keep.

Winterset, Iowa residents Ryan and Rickie Jensen captured the emotional moment on video when they surprised their children with the stray kitten the boys had come to love but thought they must give away.

On December 8, a little black kitten got into the Jensen’s garage and was found hiding under Ryan’s car. When none of the neighbors said the kitten was theirs, Rickie suggested bringing her in and taking care of her until she could find placement or a home.

Ryan wanted to take the kitten to a shelter to prevent 10-year-old Keegan and twins Jax and Jayse from getting too attached. Rickie got her way, though, and the kitten came into the home. She was worried that the kitten might be euthanized at the shelter and no one wanted that. Despite everyone promising not to fall in love with the kitten, the boys all became very fond very fast. Ryan named the girl kitten Ninja, which they boys all thought was a very cool name.

The boys parents felt they couldn’t keep Ninja even if they wanted to, because Keegan has allergies and they didn’t want him to be miserable and symptomatic because of the cat.

The family looked into placing Ninja at a no-kill shelter, but Ryan had also become fond on the kitten and didn’t want to think of her spending years, perhaps, in a cage waiting for an adopter who might not come.

By December 10, the Jensens had found a woman willing to adopt the endearing little kitten. When the couple told the boys, there were tears and broken hearts. The following morning, the boys said their tearful goodbyes and went off to school for the day.

The parents were also attached to Ninja and found themselves wondering if there might be some way to keep her. Rickie called the doctor looking for guidance about Keegan’s allergies, and was told that if the boy had not yet shown symptoms he was probably not going to be affected by the cat.

The Jensens called the adopter to let her know they were keeping the kitten, and they say the woman was very understanding.

When the boys came home from school, still very much dejected over the loss of the kitten, they were told to close their eyes and keep them closed, and they’d get a special early Christmas present to help them get over the loss of their little friend.

Rickie recorded video on her phone as Ryan brought Ninja into the room and placed her on the couch with the boys.

“The kitten is yours forever!” Rickie told the boys when they opened their eyes.

Keegan then shouted “NINJA!” as the boys celebrated.

“We get to keep it forever?” Jayce asked, just to be sure, and his mother reassured him that it was so.

The boys sent up a joint “Yay,” shouting with joy but being careful not to be so loud as to scare the little kitten.

Jax was overcome with emotion and burst into tears, but reassured his Dad that they were tears of happiness.

Rickie uploaded her video to the Ellen show’s website, where it was made a featured video.

You can see the heartwarming video here:

Read the full story in The Des Moines Register.