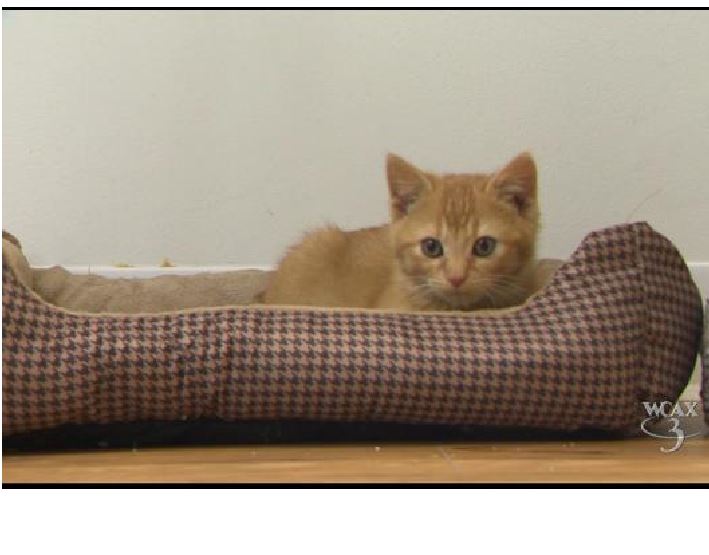 .
A kitten found in a car’s engine when a driver pulled into a garage has found a home as a mascot to his rescuers’ shop.

A stray kitten in New York state lucked out when he hitched a ride in the engine compartment of a GMC Sierra that is regularly serviced at Knight Automotive in Plattsburgh. When the Sierra’s owner brought her pickup truck in for servicing not long ago, service technician Rob Howard found the cute little kitten sitting in the engine when he popped the hood.

“It was kind of a little bit scared so it was meowing and hissing at me. At that point it jumped down to the skid shield underneath the fan,” Mr. Howard said.

“I come around to the side of the truck, got underneath the truck and found it sat on top of the transmission. Reached up to grab it, pulled it out some, and then when it got on the ground it ran across the parking lot.”

Dealership owner Richard Knight is a cat lover who feeds neighborhood strays and works with local shelters to find them homes. He also had two kitty mascots in residence when the kitten was found, and has adopted the kitten as the third cat in residence.

Mr. Knight figures the kitten was looking for a place to keep warm when he climbed into the engine, and reports that his only sign of injury was a slightly burned paw.

“A small burn on the end of one of his front paws, which we figure he probably touched something in the engine area that was hot. But he’s gone to the vet’s. He’s got his first shots and clean bill of health,” Mr. Knight said.

“We’ve named him Sierra, named after the GMC pickup truck he was found in,” Mr. Knight said. “He’s nine weeks old, he’s a little yellow male and he’ll be living here for hopefully a long time.”

The kitties are known to greet customers at the door.

“It was funny to walk in and see the cat at first,” said John Boucher of Montreal. “I wasn’t really aware that it was a mascot for the dealership, but it’s kind of a neat idea, makes it a little more personal.”