A euth specialist and his girlfriend were charged when a whistleblower released secret video of bad practices. Last week the two went to court. The case continues as the former director distances herself from the crimes. 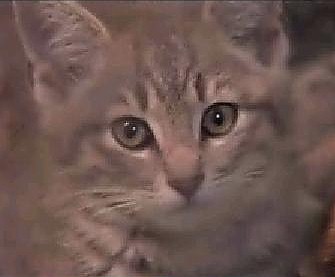 We covered the story in late November, in Public adopts animals out of disgraced Humane Society as new shelter is set up. When employee Jeremiah Robertson showed the video he had surreptitiously shot on his phone to the Sheriff’s department on November 18, Mc Cracken County Humane Society euthanization specalist Beau Anderson was removed from his position and charged. His live-in girlfriend, and the shelter’s front desk staffer, Dalena Hall was later charged for complicity but remains on the job. The criminal charges stem from what investigators called unsanitary conditions and inhumane euthanizations at the shelter.

When a local TV station showed footage of the bad practices in the death room, local residents organized as Occupy Mc Cracken Humane Society, pulled animals from the private non-profit shelter and, with the help of the County, set up a new and truly humane shelter. The County immediately withdrew from having any association with the troubled Humane Society when the unpleasantness was revealed.

Jeremiah Robertson said he resorted to making secret the video when his attempts to address the inhumane killing practices at the shelter with other staffers and higher-ups were ignored. Jeremiah continued in his employment after turning over the incriminating video and told a reporter that, in response to his actions, Director Shirley Grimes created a new rule, no cell phones at work

Director Grimes submitted her resignation to the shelter’s board in December, and is scheduled to step down on January 16, ending her association with the humane society after 33 tears.  Ms. Grimes has finally spoken out publicly, as can be seen in the news video below, from January 5. While her public statements portray her as shocked and saddened at what has been discovered about her shelter, which she and her husband founded,  many members of the community have little or no sympathy for her and feel she is crying crocodile tears.  Some community members feel that Ms. Grimes should also be charged.

Beau Anderson and Dalena Hall appeared in district court on January 5. Anderson had previously entered a not guilty plea, and in the more recent appearance  his attorney asked for more time to prepare for an upcoming trial. Kevin Olsen said he planned to enter a “myriad of motions” but did not elaborate. Hall, a 23-year employee at the shelter, still works there. Lawyer Jeremy Ian Smith entered a not guilty plea on her behalf, saying he was eager to see this case go to trial. Anderson and Hall are due back in court Feb. 9. That is when a trial date will likely be set. Todd Jones with the county attorney’s office said he expects the trial to wrap up in one day. If convicted, each could face up to one year in jail and up to a $500 fine.

Meanwhile, as this terrible blight on the area’s caretaking of  lost and stray companion animals is resolved, volunteers and the County have continued to create a new humane shelter with active community involvement.  The new shelter is called The Healing Place.