Celebrated hero 9 year old Jamarea Mills has restored faith in humankind and the younger generation for many through his bravery in knocking a pocket knife from the hand of an older bully during a brutal attack on a 7 week old gray tiger kitten posthumously named Little Heart.

Young Jamarea and other children were playing with a 7 week old kitten at their neighborhood playground  in Suffolk VA last Saturday when a 12 year old bully came along and brutalized the little cat. Jamarea pleaded helplessly with the older boy until the 12 year old pulled out a knife and threatened to cut the cat, at which point Jamarea knocked the knife from the attacker’s hand. He is credited with saving the kitten from a horrific end, though sadly it died six days later on Friday, June 3 while in the care of a dedicated foster caregiver.

In recent days Jamarea has had a Facebook page Jamarea Mills is a Hero set up by animal loving admirers to thank him for his caring heart and brave act in defense of a defenseless creature. He has been interviewed for television news features, and has received public thanks from the Suffolk County Humane Society, the Suffolk Police and Suffolk Animal Control. City Council members have proposed inviting Jamarea to a Council meeting to thank him, as well.

A news release from the humane Society reads:

Amid talk that Jamarea might want to become a veterinarian some day WTKR television news took him on a visit to Harbour Veterinary Clinic, where he was offered an internship when he becomes a teen. Jamarea got to visit and cuddle with some of the animals at the clinic and got an up close look at how the clinic operates. Jamarea bonded quickly with the animals, showed interest in everything he was shown and was sent home with a kit of supplies he could use to help the animals in his neighborhood.

Jamarea’s action that day helped more than the one little kitten who spent its last days in the loving care of clnic staff and foster mom Deborah Jones; it touched and inspired thousands. 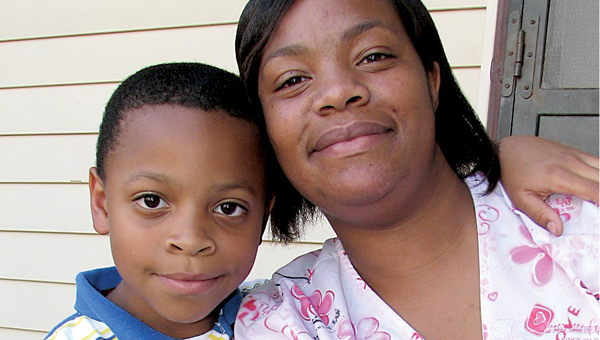 Below is a news feature which includes footage of Little Heart’s foster caregiver Deborah Jones talking about the kitten at the heart of this story.

Deborah says that the kitten appeared to be coming along well throughout the week until it developed difficulties breathing late Thursday night and had to be rushed to the vet. 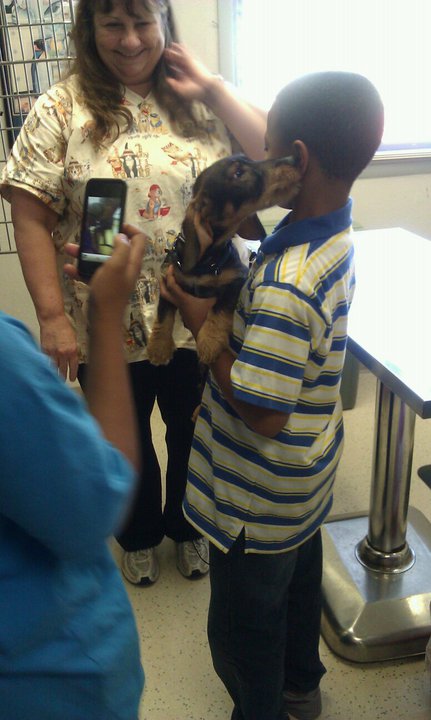 Jamarea at Harbour Veterinary Clinic with the little dog he befriended.