They look like Persians on steroids, and are often called the most expressive wild cat in the world. The Pallas’s or Manul cat is one of the least studied small cats in the wild, and a large international effort was launched this month to learn more about this remarkable creature, according to a report by the Royal Zoological Society of Scotland.

“Pallas’s cats are quite mysterious animals”, says Emma Nygren, a biologist at Swedish Zoo Nordens Ark who is coordinating the the project. “We need to increase the knowledge of the species in order to create a plan to save them.” 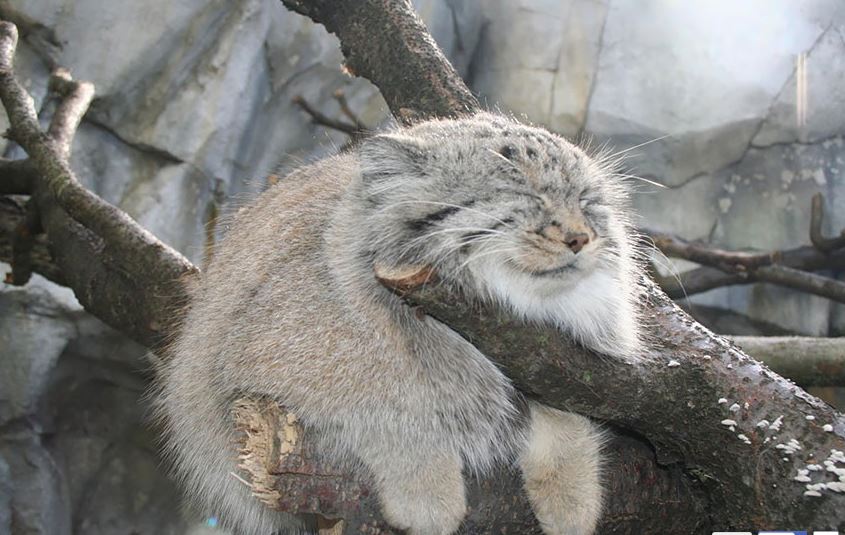 The Manul cat is on a red list of “near threatened” species whose populations are declining, according to the Royal Zoological Society. It is sometimes called “the small ghost of the mountains,” a reference to its larger cousin, the snow leopard. Reclusive and solitary, it lives in the grasslands and steppes of Central Asia from Iran to China. Defenders of the Pallas’s cat, usually referred to simply as Pallas cats, have embarked upon an international campaign to educate the public in order to promote conservation.

Nordens Ark, the Snow Leopard Trust and the Royal Zoological Society of Scotland have formed the Pallas Cat International Conservation Alliance, or PICA, with the goal of learning more about the cat’s ecology and the threats it’s facing in the wild.

Pallas cats have extremely thick coats and live in cold regions where temperatures drop to minus 60 (Fahrenheit) degrees below zero. They are not fast runners, but are highly effective ambush predators. Threats to their survival include being hunted for their pelts, and the poisoning of their main food source, pikas, or small rodents that are considered pests.