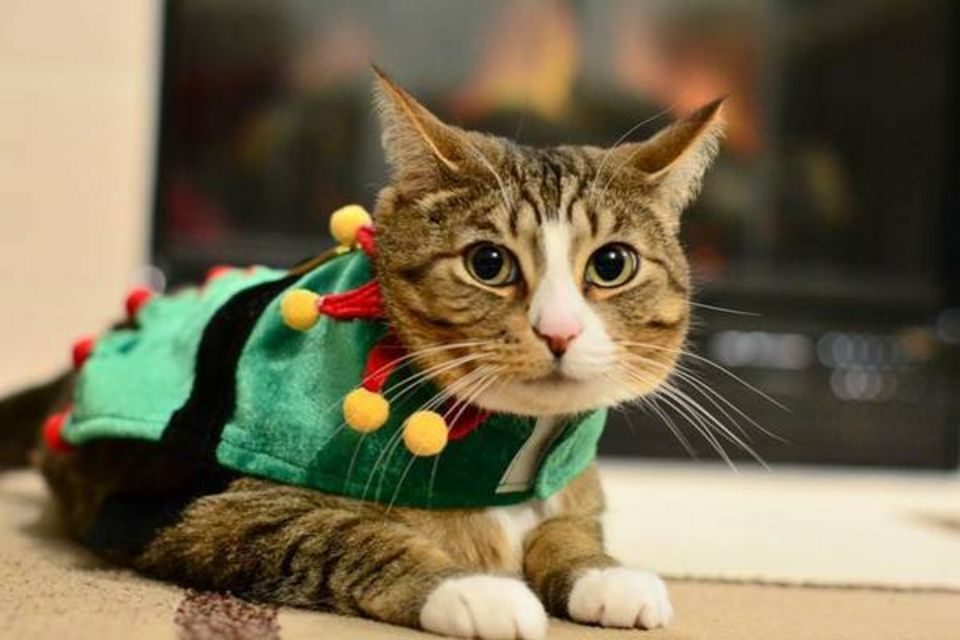 Roy Dufek messed up big time and readily told his local community of Portland, Oregon and its surrounding area all about it, while asking for help in making things right. His confession and call for help has now gone viral and spread far from home.

Roy accidentally and unwittingly included his girlfriend’s cat as part of the deal when he sold her mattress and box spring for her one day last week in preparation of the couple moving in together.

Roy’s girlfriend raised Camo from the time he was a kitten and had enjoyed 5 years of the cat’s company before he crawled into a hole in the box spring and was carried out the doors of her apartment building by the person who purchased the bedding for $100 while she was at work.

Camo went missing from the Northridge Apartments in Rock Creek, northwest of Beaverton. Roy and the girlfriend are sure he did not leave on foot, due to the presence of a double set of doors at the entrance  that would have prevented him from dashing out unnoticed.

In addition to other search efforts, Roy posted on Craigslist and at the Portland topic at Reddit. The  online posts have brought much sympathy and good advice, but Camo has yet to be found.

In response to the advice and interest of Redditors, Roy posted a few updates, with the latest being made on December 21.

“We’re so incredibly thankful that anyone would care about our cat,” Roy said.

“People have told us stories of their cat that was gone a few months, or a month, and found the way home. So that gives us hope,” Roy said. “The only issue is we don’t live at that apartment anymore.”

Speaking of his girlfriend’s heartbreak over her missing cat, Roy said: “She calls me every day and it’s just silence. It just breaks my heart. I can’t even imagine, you know.”

Roy initially offered a $100 reward for Camo. That amount has been raised to $200.

Here is the text of Roy’s story as told at Reddit:

SO… My girlfriend and I are moving into a new apartment and while she was at work I helped her out by selling the two beds she had in her apartment because we were going to use my better beds that I had at my house. Little did I know when the cat is scared it hides inside the box spring. Until now there’s been stuff under the bed preventing him from doing that but there was a hole big enough for him to crawl inside and hide in there. It is not a cat that ever goes outside and he didn’t bolt out the door when I was helping the people from Craigslist purchasing the beds carry them out. She lived in Northridge Apartments in Rock Creek, and if you know those apartments there’s two sets of doors he would have had to go through to get out (we would have noticed him leave). Well he’s no longer in her apartment and we’ve been working with the buyer to search through his house/garage/perimeter where he stored the box spring once he got home. He strapped the box spring on top of the car for the transport so the cat could have jumped out on the transport as well at any moment.

As you can imagine my girlfriend is absolutely crushed. I know some think ‘it’s just a cat’ but if you’ve ever owned an animal I ask that you understand how unbelievably devastating this is. “Camo” was her world and I was the one who took that away from her days before Christmas of all times of the year. This is a picture I took of him literally 3 days ago when we were messing around with a costume we bought the little guy for christmas. Thank you for any help you may be able to provide. We would want to know, dead or alive what state he’s in and can only offer $100 for him from the money we got from the beds. Moving is and this time of year is proving to be financially challenging! Thank you so much for any information you may have…

He could be anywhere near Hillsboro Airport, or Rock Creek area: Highway 26 / Cornelius Pass Road

Thanks again! (AND, he is Microchipped as well)

So we’ve had an overwhelming response from so many people willing to help. It is unbelievably heart warming to see this thread hit top of Portland Reddit, all the suggestions (and amazing ones at that) from very bright people, and just an overall sense of community that I could have never possibly expected for somebody else’s “problem”. I truly want to thank all of you, whether joke- suggestion- or story for pitching in to this mess. This thread alone is the best Christmas present possible for the both of us (not including of course finding Camo).

That being said, we currently have a small animal trap in the Garage as of right now with a bowl of water at the end of it, and some clothing next to the bowl as suggested by a cat rescue in Hillsboro that was kind enough to lend us the trap for FREE. Next we have notified everything we can, posted lost cast posters around the areas he could be, and have registered the microchip service with his and updated the contact information. I’ve posted on CL, and now we are going to reach out to http://www.k9sardog.com as per suggestion by /u/little_treasure . Thank you little_treasure. It will at least confirm if he’s in the garage or not. At first I was skeptical of such a service but his stats are ridiculous so I can’t argue with that, and he’s close.

The trap will be checked in the morning and every couple of hours through each day. I know a thought might be emptying out the garage to confirm he’s not in there. Well that’s a lot to ask a dude that just wanted a bed for $100. We’re also trying to stay good with him since he’s truly not obligated to do much more than he’s already done for us, which is a lot over the past 24 hours.

Any way, again- I just want to express my sincere gratitude to each and every one of you who took the time out of your day to look out, share an anecdote, or drop some amazing suggestions. I guess I really should have expected nothing less than this from the Portland reddit, but thank you all for blowing us away. I never knew how much people can really be selfless to complete strangers in moment of despair.

I will of course keep the thread updated- thanks again Portland. 🙂 Still no sign of Camo, nothing in the cage, and the Search and Rescue guy…well we decided after some further suggestion we were not going to hire him. We did receive however a reach out from a local news station for the story. CAN’T believe that! We are responding quickly with them and hope to get the story out in a better way. 🙂 My girlfriend has put up more posters, talked to some neighbors and did more search. SHE even rented a thermal camera from Home Depot, found two bunnies, and 2 birds with it but unfortunately no cat. Had no idea that was even possible till again REDDIT. There is a long thread below here so whoever suggested FLIR, amazing… Thanks again for all your help, and I’m sure someone was kind enough to have a relationship with that news station and talked to someone there. Whoever you are, you’re amazing. Merry Christmas!!!

We spent the day moving but did get a tip from the front office of Northridge Apartments that a gentleman who lives there was out running this morning and saw a cat on Jacobson Rd. near the high school wandering around. It was darker out when he was running, and was not 100% positive on the markings but it interests us because there’s really no residential properties off that area. My girlfriend is going to head over there in the morning to take a look around there more and call out for him. It is possible he’s getting closer to home but now unfortunately she doesn’t live there any more. We have talked to all surrounding apartments to look out for him as the apartments will only let the posters stay up for a few days understandably. We’re offering $200 now that we didn’t have to drop the pet deposit at the new apartments where we moved today…that was depressing for sure. We’re definitely keeping good spirits about it though and have found a spot for his cat tree at the new place. The cage keeps empty at the box spring garage. At this point, we know our little Camo is on his adventure and having some fun out there. 🙂 If you spot anything in that area don’t hesitate to let us know. Email is my reddit handle @gmail.com (trying to avoid spam). Thanks for keeping up with us, in your thoughts, and looking out! As the holidays approach- hold your fur children tight! You all are awesome, and hope this week is fantastic for you and your families. ~insert Christmas tree emoticon here~

She looked around the high school for several hours today but nothing. I’ve already left town for Christmas, and she’s leaving to meet me Tuesday just to stick around longer and see if Camo turns up. She’s wrecked on the whole thing. Worried sick- and can’t stop crying throughout the day. It’s a big life change, and it’s hard to be alone when you’ve had a pet to greet you for the last 5 years. It’s rough but we’re going to let life be life and hope for the best down the road. Gotta make the best of the Holidays and say hello to a new year, opening our minds to the possibility of a different life track without the little guy. Again, thanks to everyone who has looked out, helped us with suggestions, and told your stories of the luck that brought your pet back home to ease our minds. We’ll update the page if we do find him in the future and always feel free to contact me with any questions or information about Camo. We will always offer the reward- This will be my last update for now as we gotta spend our time enjoying family. Happy holidays everyone!