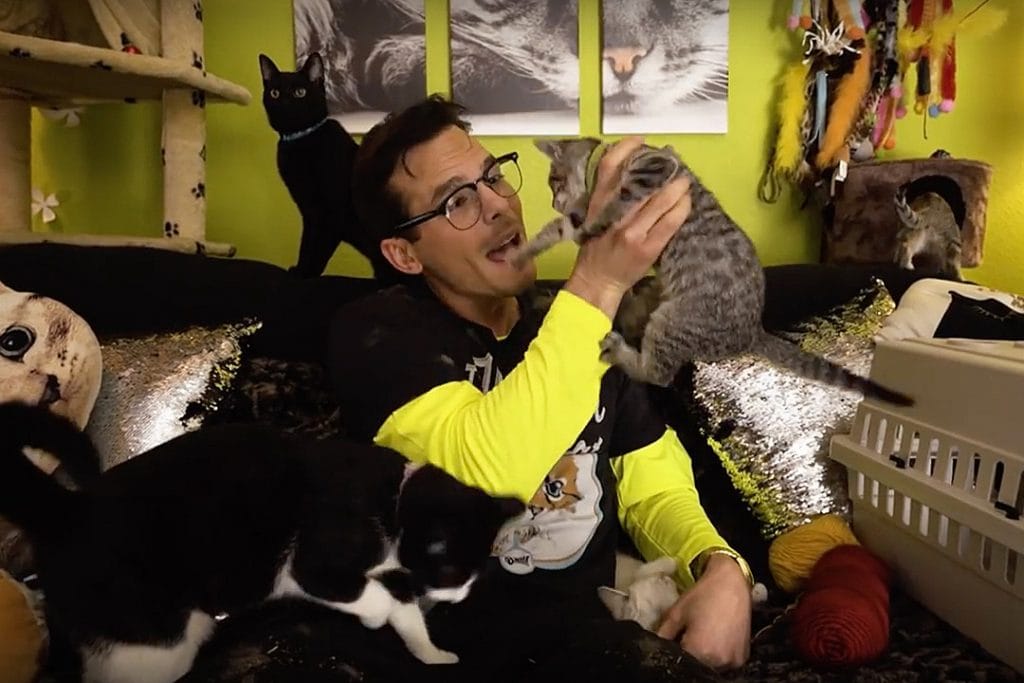 Inspiration can appear out of nowhere…or perhaps in the form of a cat making it’s way through a video shoot. That’s exactly what occurred when tour manager Chris Lee watched a cat wander into the barn that was acting as the set during Granger Smith’s “Happens Like That.” A couple of weeks later Smith heard Lee playing around with the alternative lyrwhere ics and suggested they finish writing the parody.  The rest, as they say, is history.

Smith shot the video at the nonprofit San Antonio Cat Cafe,  it’s motto encourages guests to “kick back and relax in the company of adoptable cats.” While the end product makes it seem the cats are all too happy to participate, the truth of the matter, as any cat lover knows, was a bit more manic. “Herding cats,” was the phrase that seemed ridiculously appropriate. Afterall, the cats were just doing what they do best. Being cats.

As to Smith, he told People.com he has always been more of a “dog person,” but has a fondness for the yellow tabby he picked out at a shelter named, “Goose.”

“He’s my first cat that I’ve owned,” Smith says, “and he’s very special.” Sounds like he is someone who could say, “I happen to like cats.”