A clever Tortie named Tink has been named Hero Cat of the Year for alerting her family to a fire and saving their lives. Tink was awarded Cat of the Year at the Cat’s Protection’s National Cat Awards held at London’s Savoy Hotel.

Tink woke-up Claire Hopkinson of Shropshire in time to escape before she was overcome by smoke, according to a report in the Sunday Express. “I was fast asleep when I felt this thud on my legs and realized it was Tink,” she told the Express. “She doesn’t sleep on our bed and it was unlike her to be on it. As soon as I opened my eyes all I could see was white smoke.”

“My two sons sleep with their doors shut and when I opened Scott’s door, this thick black smoke bellowed out,” the Express reported.  “The smoke had passed through the vent straight into his room and he was fast asleep. Because his door was shut the smoke hadn’t yet reached the fire alarm.  Without Tink waking me, Scott would have been in huge danger.”

The family fled, but in the commotion, Tink took fright and hid behind a cupboard. The five-year-old feline was overcome by smoke. Firefighters revived her with oxygen, according to the BBC and a story published by Cats Protection. 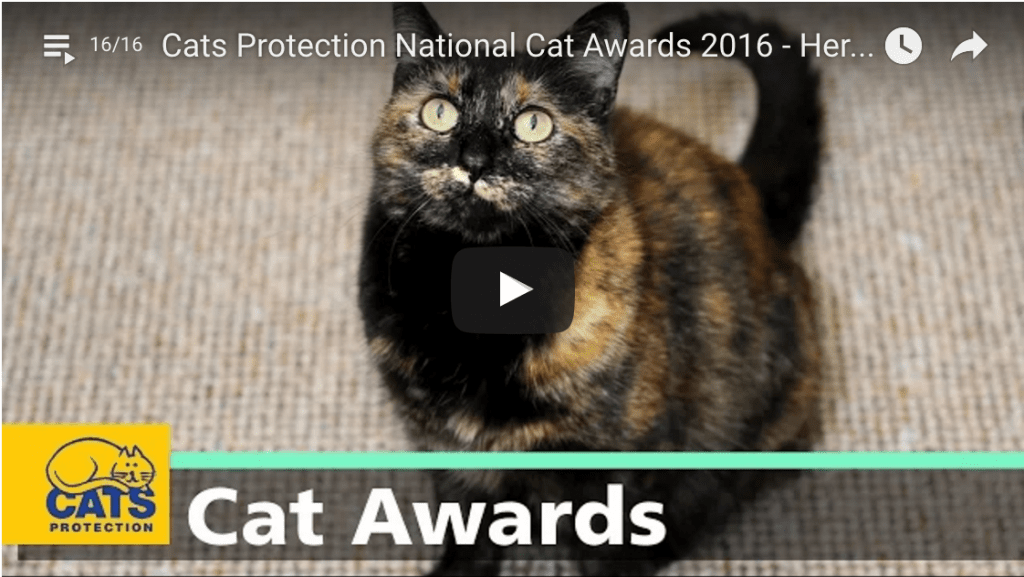 “Without Tink we wouldn’t be here today,” said Hopkinson told the BBC. “Tink is a very valued family member she’s very precious to us,” Hopkinson said. “It would have wrecked our lives if she had died in the fire.”