Some harmful flea collars will be taken off the market in the next two years. Advocates have lobbied to have them banned due to the dangers they pose to dogs and cats, but the EPA is having them discontinued to protect children.

Whatever the EPA’s motivation, this is a victory for pets and comes after years of efforts on their behalf. “This action is another example of EPA’s efforts to protect children from pesticide risks,” said Jim Jones, assistant administrator of the EPA’s Office of Chemical Safety and Pollution Prevention. This voluntary move will get to an expedient result that protects people’s health.”

This decision was reached between EPA and Sergeant’s and Wellmark as a result of EPA’s risk assessment showing risks to children from exposure to pet collars containing propoxur. Propoxur is an insecticide registered for use to control ticks, fleas and a variety of insects and is used in industrial, commercial and residential facilities. The agreement represents the solution to most quickly remove the pet collars from the market.

EPA completed the propoxur pet collar risk assessment in fall 2013 in response to a Natural Resources Defense Council petition to cancel the uses. EPA’s risk assessment found, in some but not all use scenarios, unacceptable risks to children from exposure to propoxur pet collars on the first day following application. Because the manufacturers could not find a way to eliminate unacceptable risk under all scenarios, EPA encouraged them to cancel these products and they subsequently agreed.

EPA announced the voluntary cancellation on January 22, 2014. Under the cancellation agreement, manufacturers are allowed to produce the pet collars until April 1, 2015, and will not be allowed to distribute the products after April 1, 2016. EPA will continue to watch for incidents from the use of these collars and is prepared to take further action if necessary.

Flea and tick collars work by leaving a pesticide residue on dogs’ and cats’ fur, which can be transferred to people by hugging, petting or coming into contact with the pets. The major source of exposure to these chemicals is from absorption through the skin after directly touching the treated pet. Small children may ingest pesticide residues when they touch a treated cat or dog and subsequently put their hands in their mouth.

If you purchase a propoxur pet collar, read the label carefully and follow all directions on the label to protect your family from exposure. Do not allow children to play with the collar, and wash your hands thoroughly with soap and water after handling.

For more information from the EPA about this voluntary cancellation click HERE.

For more safety do’s and dont’s to consider when treating for fleas, and to learn more from advocates’ perspective, check out: 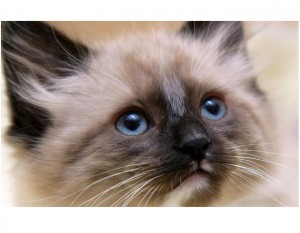 5 thoughts on “Harmful Flea Collars to be Discontinued”