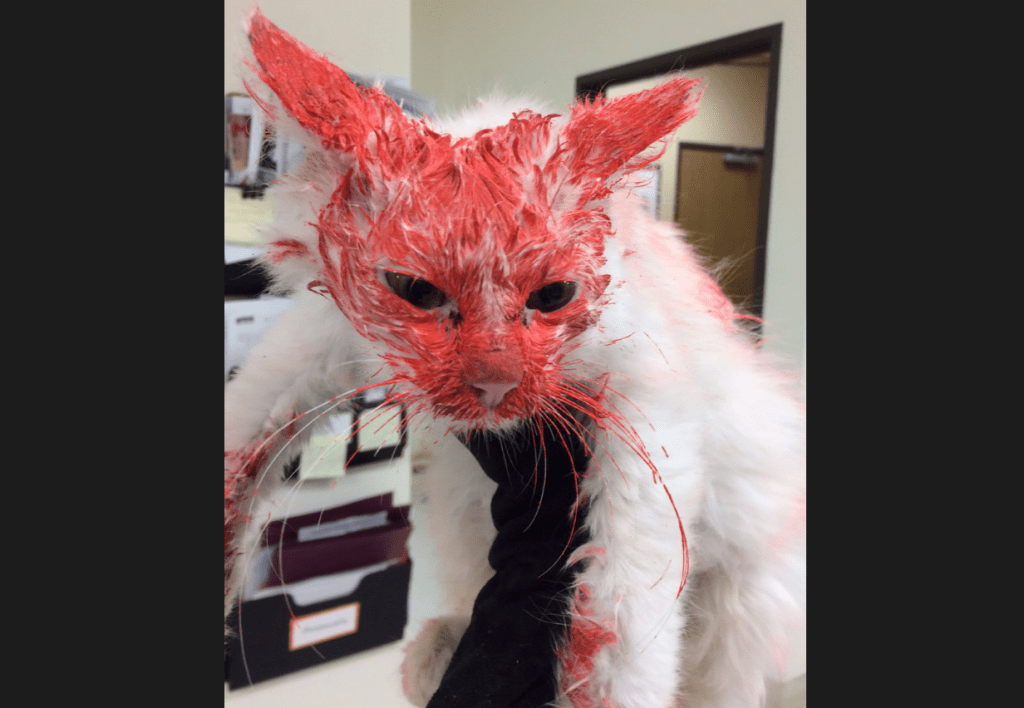 A Michigan man who spray painted a kitten’s face and pled guilty to animal torture has been sentenced to nine months in jail, according to a report by mlive.com of Grand Rapids, Michigan. The kitten, named Murphy, required extensive care and surgery to recover from the abuse. His tail had so many broken bones that it had to be amputated.

The offender, Paul Wicker, 40, was taken into custody in October and charged with misdemeanor animal cruelty, according to mlive.com. The kitten was found on a street corner with so much paint on him he could not lie down and suffering from an infected trail. He was taken by his anonymous rescuers to a local veterinarian’s office, then transferred to the Charlevoix Area Humane Society to be put up for adoption.

Murphy is a spirited kitten who recovered quickly, according to Betty Korthase, office manager at the Charlevoix Area Humane Society. He was adopted by Rose Douglas, who says he’s thriving in his new home. “He just purrs and purrs and purrs,” said Douglas, who spoke to mlive.com. “He’s great. His hair has grown back; he’s beautiful. He’s frisky, he’s full of love.” “I’m just so lucky. He’s just a little lover,” she said of Murphy. “I’m just honored they chose me (to adopt him).”