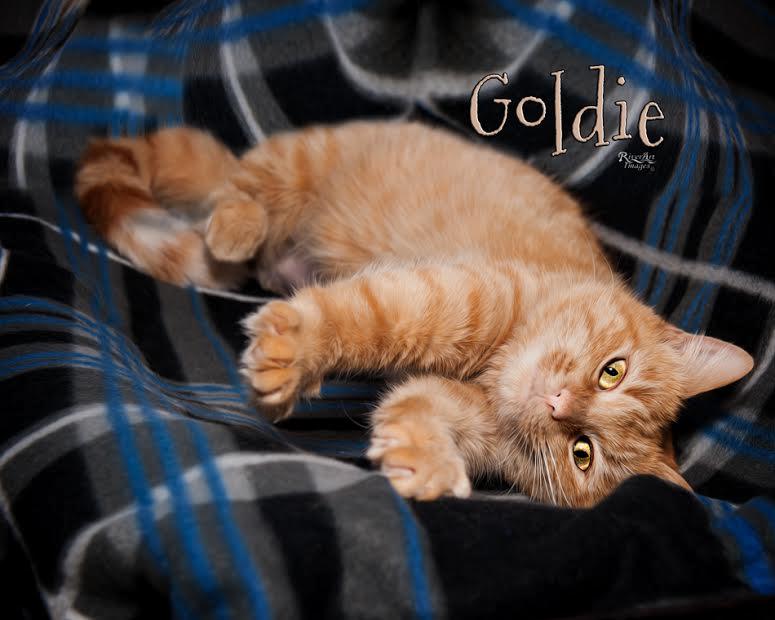 Goldie has had it rough and she deserves another chance at happiness.

Goldie had a very bad experience after being adopted and came back to the shelter both injured and traumatized. Now she is looking for a good home where she will be treasured, kept safe and treated well.

The Humane Society of York County, in Fort Mill, South Carolina is caring for Goldie and tells her story:

Goldie is a GORGEOUS girl who was brought to us in June of this year. She came in with her babies and was put in foster care. The foster Mom said she was the SWEETEST most loving cat she has ever fostered! She hated having to bring her back into the shelter!

When she came back into the shelter to be adopted with her babies, they were ALL adopted very quickly. The people that adopted Goldie had another cat at home as well as a dog and they thought she would fit in PERFECTLY. When she went got to her new home, the other animals did not accept her and did not want her in the home.

The family then decided to put Goldie in a bedroom to see if that would help things. She ended up being so scared she decided not to come out from under the bed, and shortly after the family decided they did not want a cat that just lived in one room.

Their next step was to put Goldie outside even though she had never been outside before.

The shelter was stunned when her adoptive Mom came in and told us Goldie had been attacked by some animal outside and that she was at the vet. We went over to visit with her and realized the poor baby’s leg had to be amputated. It took her a little while to get over the trauma but she finally got to come back to the shelter so we could love on her. Unfortunately for this baby it didn’t end there. It turned out she was having a reaction to the medication she was receiving and started getting open sores on her back.

This poor baby has been through so much and through it all she has understandably been a little stand-offish, but for the most part very loving. She is gorgeous and very small for her age. She is about one year old and has already been through so much. She loves when the staff hold her and give her some positive attention. Goldie would do so well in a household where she would be the only baby so she can get some much needed attention! If you have room in your home and heart to adopt this precious baby please do so! She is so deserving and would be so appreciative!!

Thankfully, Goldie was able to return to HSYC for medical care and emotional healing after her terrible experience.  Her caregivers there want the best for her and hope to find that special home for her where she will be happy and safe.

You can see Goldie’s adoption listing at Petfinder HERE. 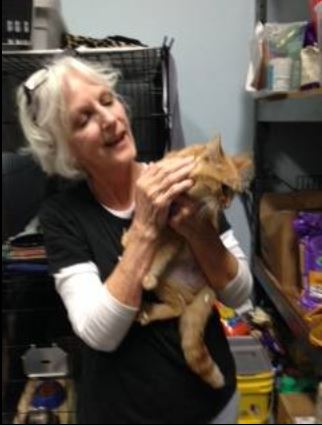 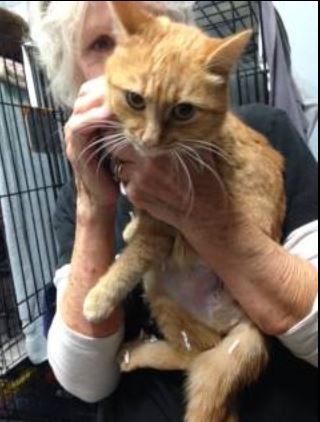 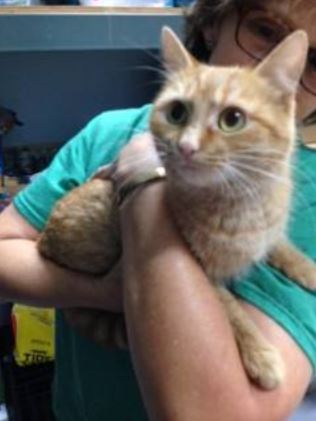