Gizmo is an older, blind shelter resident who made her beauty pageant debut at a cat show last weekend and placed with the winners. 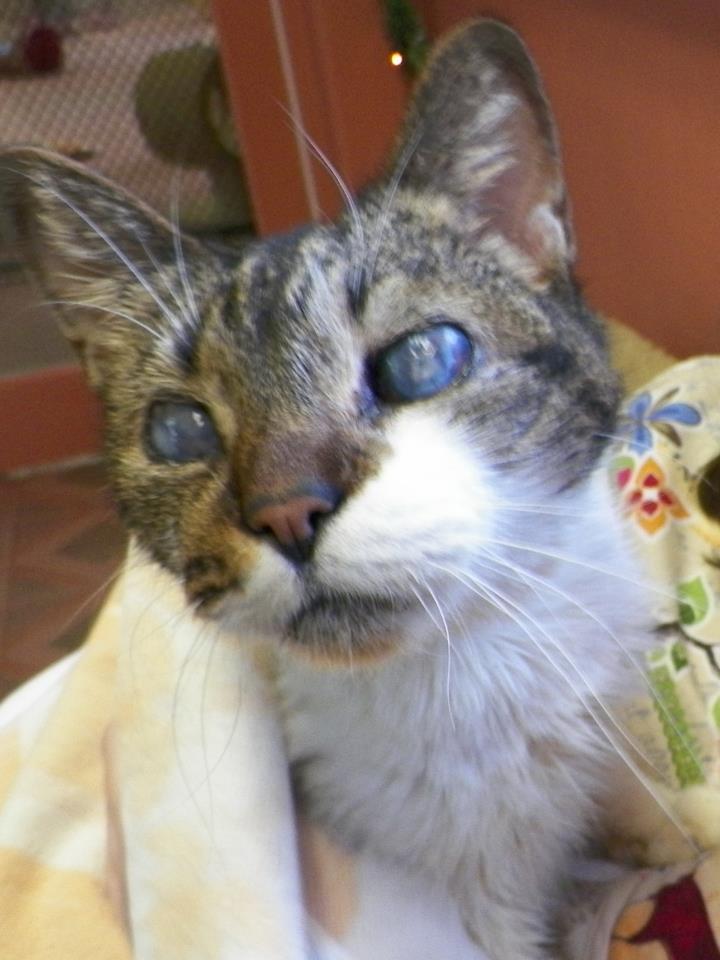 Gizmo is a permanent resident of National Cat Protection Society at Spring Valley California. When NatCat attended the San Diego Cat Fanciers Association CFA All Breed cat show at the Del Mar Fairgrounds last weekend, taking an adoption booth that came with one free contest admission, Gizmo entered the show. The first time contestant, who appeared alongside pampered beauties, is a 16 year old tabby with cataracts that make here nearly blind.  She is also very personable and sweet. While the show was primarily for cats to compete for best of their breeds, it included a housecat competition, where Gizmo was entered. 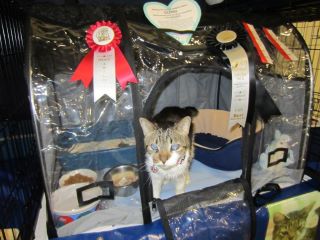 NatCat said of their girl’s win, “Our little Gimzo won the cat show judges over today at the cat show! She got put through 4 rounds along side some pretty fancy kitties and ended up with enough ribbons to make any show cat jealous! Gizmo showed us that even an old broken kitty can be a pageant queen! Go Gizmo!!”

Gizmo usually lives at the group’s clinic but spent this past week ensconced out front in the lobby doing meet and greet’s like any other beauty queen.

7 thoughts on “Gizmo the Beauty Queen”