Bob’s is an amazing story.  He first met James Bowan when he was injured.  James took him to a vet and then nursed him back to health.  Then Bob began to go to work with James, who, at the time, was a busker on the streets, and not particularly motivated or inspired.  But things changed because of this unique friendship and in many ways, it may have been Bob who nursed James back to health as much as the other way around. 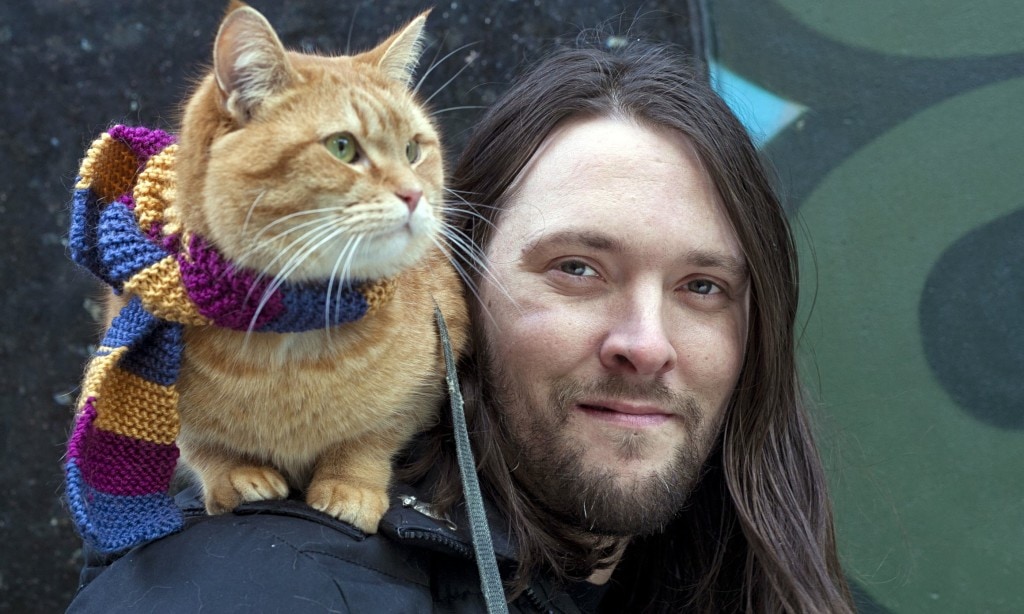 Their story is a best selling book and will soon be a movie due out in 2016 with Luke Treadaway playing the role of James.  To anyone who ever doubted the power of relationships between humans and animals, they need only look to the transformative power that changed both James and Bob forever.

1 thought on “From Street to Screen: Bob the Cat”