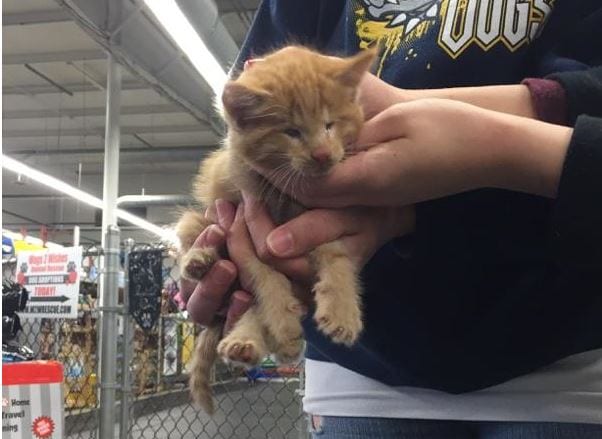 Freya was found,seemingly abandoned, in someone’s yard. Now the sightless kitten, who was born without eyes, is getting loving care and will live her life in a good home.

Freya is in foster care with the Plainfield, Illinois animal rescue group Wags 2 Wishes. Wags 2 Wishes took her in when they were contacted on November 1 by a family who found the kitten in their yard.

“She’s very affectionate and she loves people,” Wags 2 Wishes founder Terri Crotty told ABC News. “She wants nothing more than to love on you and be close to you and snuggle you.”

“[The woman who called Wags 2 Wishes was] basically saying her children found the kitten in her backyard and it appeared to be very young and its eyes just started to open,” Crotty said. “As soon as I saw the cat, I knew something wasn’t right. At that point I said my volunteer was going to take the kitten to the vet. That’s when we discovered that the kitten was actually born with no eyes.”

“I honestly think [Freya] came from a litter,” Crotty said. “The homeowners looked all over to try to find more kittens because if there’s one, there’s got to be more and there were none.”

The fact that Freya was found all by herself makes Crotty think she was abandoned because of her condition.

Freya has had surgery this week to close her eye sockets so they are not vulnerable to infection.

Freya is an unusual kitty beyond her lack of eyes – she is an uncommon female orange tabby cat, and is special for that reason, too.

She is guaranteed a good home. Wags 2 Wishes has received several offers to adopt her and one of their volunteers has expressed interest in giving her a home, as well.

“[The volunteer who has offered to give Freya a good and loving home] typically likes to adopts kittens or dogs with disabilities,” Crotty said. “It was almost like fate in a way. The cat will be able to live a normal life. It’s just going to take a very special person to make that adjustment.”

In response to widespread interest that has resulted from news coverage on Freya, Wags to Wishes wrote at Facebook today: “We have received many calls regarding Freya the kitten that was found in a yard in Plainfield and born with no eyes.

“Freya is currently in a foster home being cared for and is not at our Rescue Center. Once old enough and medically cleared we will post her IF she becomes available for adoption, as of right now we do have an adoption interest by a W2W Volunteer.

“For all you asking if she is really a “she” since most orange Tabby’s are male, although we know its rare, she is a female.

“Thank you for all the prayers and kind words for Freya the kitty!” 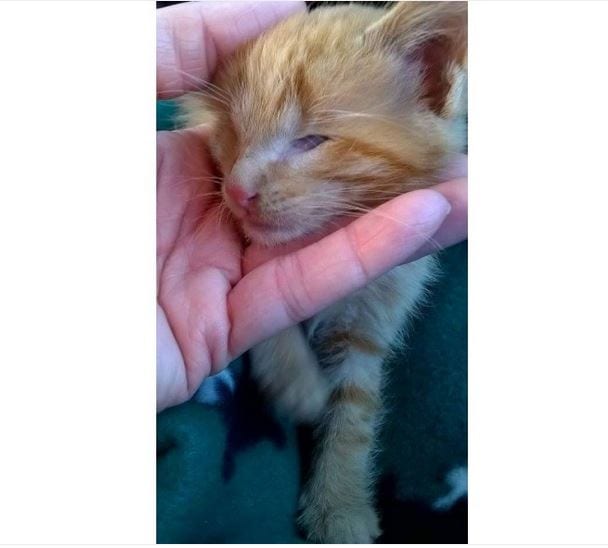 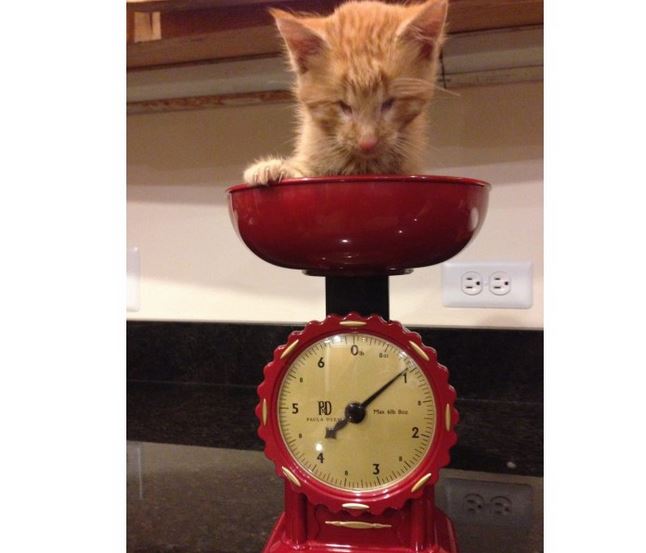