The Baltimore BARCS shelter got a big boost recently when Torrey Smith and his wife Chanel announced they were picking up the tab for adoption fees for 46 cats and dogs.

The Baltimore Animal Rescue and Care Shelter shared the good news on its Facebook page: “This year, Torrey surprised us all with a special announcement,” according to the post thanking Smith, a wide receiver for the Philadelphia Eagles. “He explained that before the show, he and his wife Chanel were discussing what more they could do for all the homeless animals they spent time with backstage. They wanted to make sure that every single one of them had an adoption application by the end of the night. Torrey and Chanel decided that they would cover the adoption fees for every single cat and dog at Pawject Runway—46 animals, wow!”

“Thank you, Torrey and Chanel, for always looking out for Baltimore’s homeless dogs and cats and having such a big heart for our city.” BARCS is a great organization that also helps felines, such as Domenico here, who found a new family during a BARCS adoption event at a pet store. 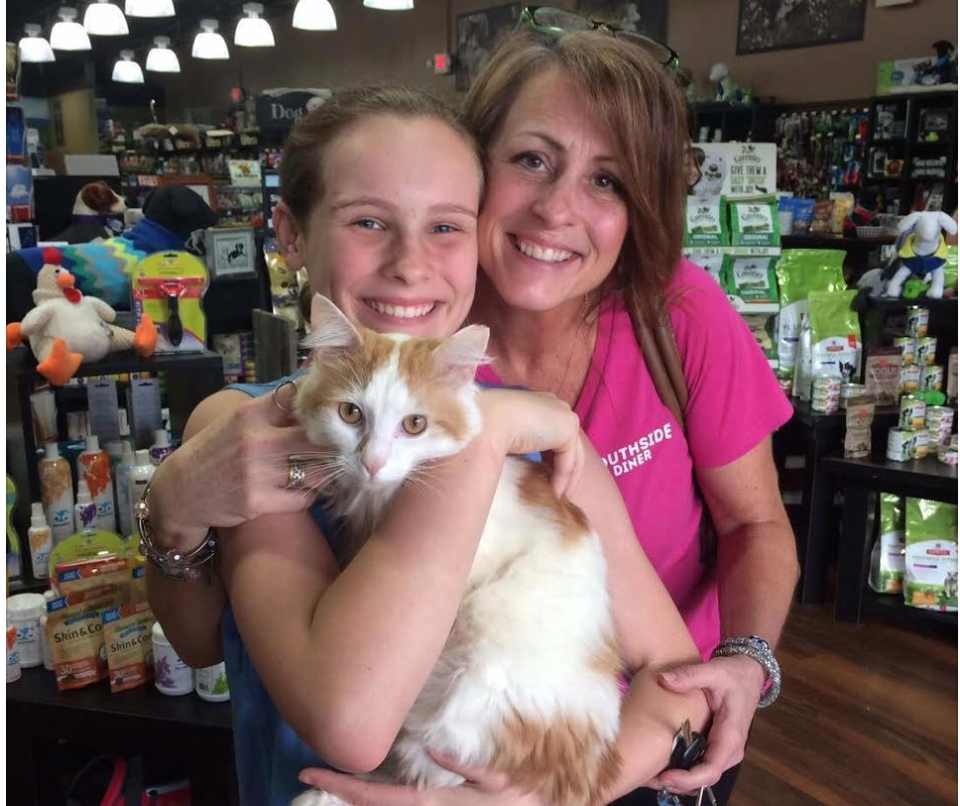