A FL man terrorized his wife as he beat her three month old kitten to death earlier this month.  Sen. Mike Fasano, sponsor of the Little Horatio’s Law and Dexter’s Law animal protection bills says the case shows the need for the bills to pass into law. 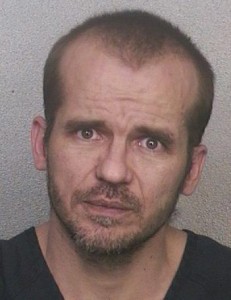 A Hollywood, Florida man’s violent domestic abuse episode killed a kitten and subjected the kitten’s petmom to the torment of watching the act. Florida State Senator Mike Fasano says the case illustrates why the animal protection bills he has sponsored, which are in consideration by the state legislature during its current session, need to become law. The kitten and the woman were both domestic abuse victims. Countless cats and dogs suffer abuse, torture and death at the hands of their owner’s spouses and other family members.  Senator Fasano and the bills’ many supporters, both locally and nationwide, want animals to be afforded legal protection from deadly predators right in their own supposedly safe homes. How many women (mostly) have adopted a pet to give it love, safety and  security, only to have the animal suffer at the hands of  a brute within or with access to the home ? That’s an open ended question. The short answer is far too many.

Some readers will have seen the terrible news stories earlier this month detailing Richard Stewart Andres’ violent rampage of  January 5, when he terrorized his wife of one year by beating her little kitten, then  forcing her to go out into the yard with him and watch as he buried the kitten alive, dug the kitten back up and then beat it to death in the couple’s bathroom.

Andres’ wife waited for him to leave before reporting him to the police, telling them she was terrified that she would be his next victim. The police report states that Andres claimed the kitten, named Hobe,  scratched him, and that Andres blamed his wife for not properly disciplining little Hobe.

Andres is charged with domestic violence, assault and cruelty causing death, pain and suffering to an animal. He has a lengthy criminal record, is out on $3,000 bond and is forbidden from going near his wife or any animal. The Broward Circuit Judge was quoted telling Andres, “The court believes that if you would do this to a kitten, it’s not a stretch to believe you would carry this out to a person.”

Speaking for Senator Fasano, his chief administrative aide Greg Giordano told us that this heartbreaking and disturbing story from Florida  makes the case for why both the Little Horatio’s Law (Senator Fasano’s SB 288) Domestic Violence Against Family Pets bill and the Dexter’s Law (Senator Fasano’s SB 618) Animal Abuser Registry  need the support of the citizens of  Florida, and their elected representatives, so that they may be enacted into law. The Senator feels strongly about these pieces of animal protection legislation, and wants to see both bills passed during the Florida State Legislature’s 2012 session, which lasts another several weeks. While time remains to get legislative support for the bills, each day that ticks by without passage puts them more in doubt for this session. While the Senator vows to resubmit the bills until they pass, he feels that Florida’s cats and dogs and other animals, and the people who love them, needprotection now.

Kathy Cornwell, current petmom to Horatio, the Domestic Violence Against Family Pets bill’s original abused face for change, travels the state of Florida visiting domestic abuse awareness meetings to make the case for the bill, which was originally inspired by the loving dog who endured brutal beatings as he tried to protect hisformer petmom from her adult son.

For those shocked, sickened, saddened and angered by Richard Andres and his actions, there  is a petition asking the court to give the maximum sentence allowed under the law to Andres. Here is the link:  Change.org petition: If found guilty,Max Sentence Richard Andres for Torture and Killing of kitten. The petition was started by Hand4Paws.