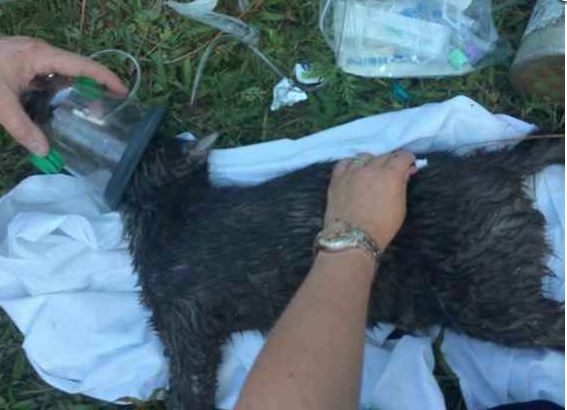 Firefighters with the Ocean City-Wright Fire Control District in Walton Beach, Florida rescued several cats at a house fire in Shalimar on Thursday and shared the story of the rescue. The fire department wants the public to know that their rescue efforts include pets and benefit from the use of specialized lifesaving equipment.

The story, as told by the Ocean City-Wright Fire Control District:

Most people do not realize that their local firefighters and EMS carry special equipment, and are trained to revive animals. Yesterday, these skills were put to the test.

911 after returning home and seeing smoke coming from the eves. The caller attempted to extinguish the fire with a garden hose, but was unsuccessful. The resident saved one cat from the home before exiting to await the fire department.

Ocean City-Wright Truck Two arrived on scene first and immediately reported heavy smoke showing and flames through the roof vent. The firefighters initiated an attack on the fire that was heavily involved in the attic. A second alarm was requested for additional units to assist with the extinguishment of the fire. No firefighters or residents were injured in the fire. The cause is still under investigation by the State Fire Marshall.

During the course of attacking the fire, firefighters rescued several cats from the structure. Some of the cats needed immediate medical attention. Ocean City-Wright firefighters worked side-by-side with Okaloosa County EMS members to save the cats. The cats were given I.V.s and provided respirations through special masks. Thanks to the assistance of Okaloosa EMS, and Panhandle Animal Welfare Society (PAWS) the rescued cats are doing well and expected to make a full recovery.

Many don’t realize that we are trained and equipped to save and resuscitate animals. This in fact was our second animal rescue call yesterday. OCW Truck Two assisted in making a make-shift bridge to save a dog trapped in a marsh area off of Bay Cove Lane in Shalimar earlier in the day. People think our animal rescues are limited to cats in trees. In reality, the cats get themselves out trees. We don’t actually go to those calls. But, we can perform rescues of trapped animals and then provide ventilations and advanced medical care for rescued animals.

Yesterday’s animal rescues are a great example of how we can extend our services to not only provide care and welfare to humans, but life saving efforts to animals as well. 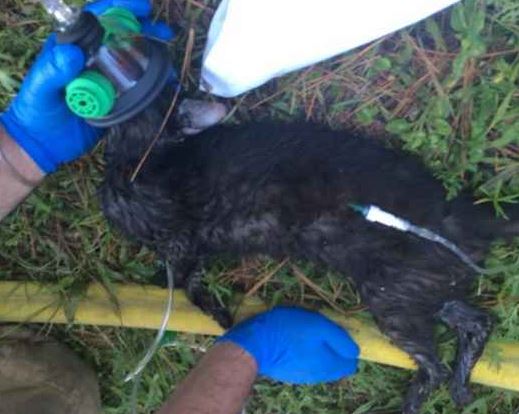 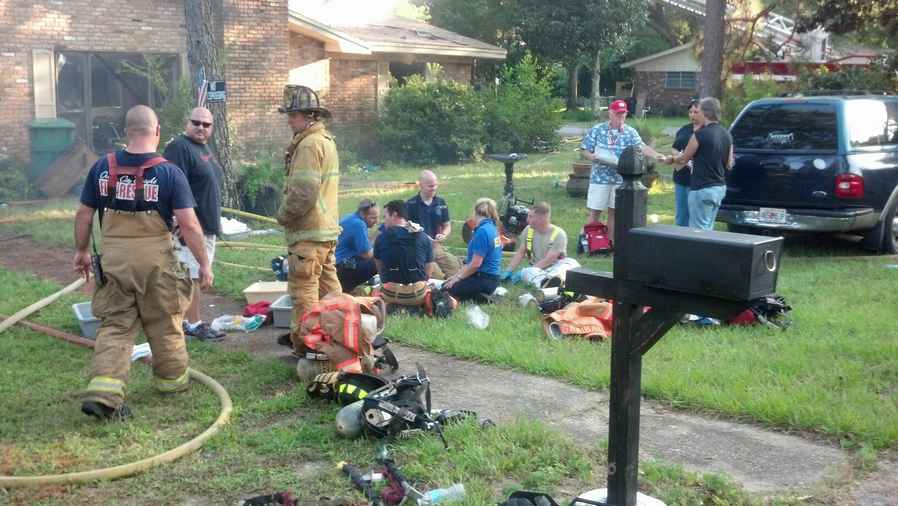 2 thoughts on “Firefighters Use Special Equipment to Save Kittens”