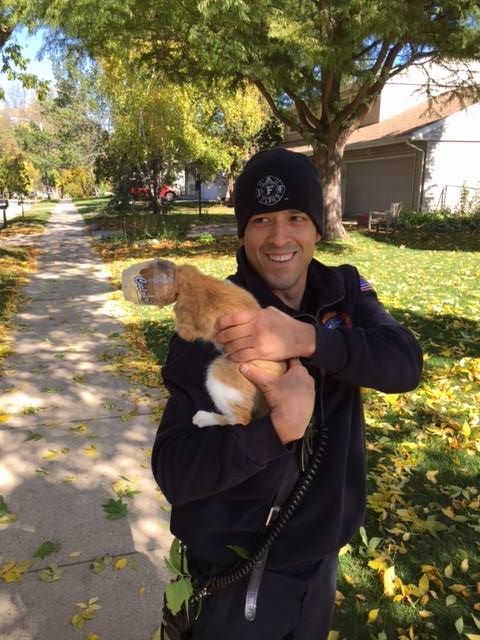 A poor cat in Madison, Wisconsin was having a bad day on Thursday that could have gotten much worse had he not been rescued in time.  Kitty had his head stuck deep inside a ‘cement mixer’ shaped cup from Culver’s restaurant and frozen custard shop and he had somehow gotten himself stuck up a tree.  The cup was impeding his vision and would have led to a terrible and slow dehydration and starvation had it not been removed.

The Madison Fire Department’s Ladder 6 came to the rescue and assisted Dane County Animal Control with the cat by putting a ladder against the tree and getting him safely down and into a carrier.

Animal Control turned the cat over to the Dane County Humane Society, where he was checked for a microchip before resting up from his ordeal. If his owner does not come forward he will be made available for adoption into a good home.

DCHS wrote at Facebook on Friday, saying: “The handsome orange tabby didn’t have a tag, collar or microchip so Animal Control Officer, Cheri, brought him to DCHS. He’s currently resting comfortably and waiting to hopefully be redeemed by his owner. If no one comes forward in 7 days, we’ll make him available to be adopted.”

“Thank you to all involved – we hope to help reunite this kitty with his family, or help him find a new forever home soon!”
. 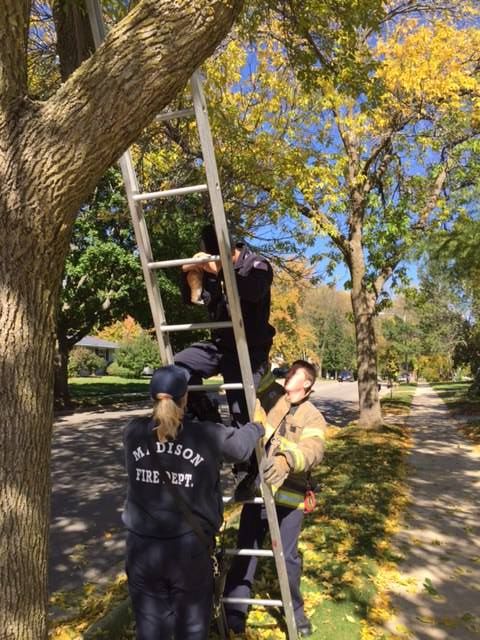 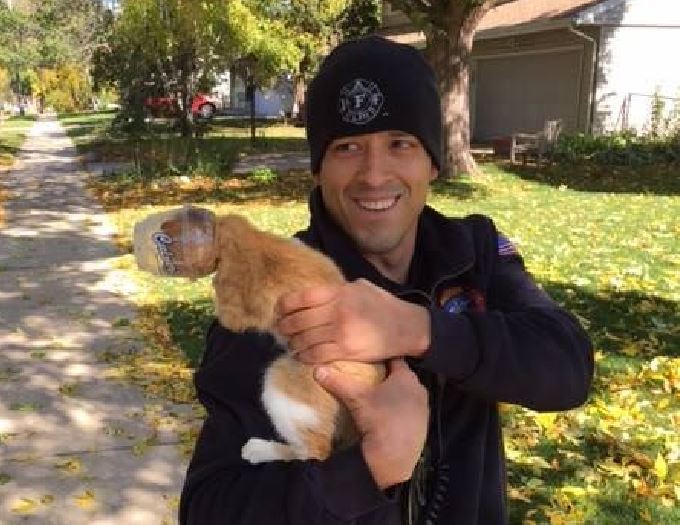