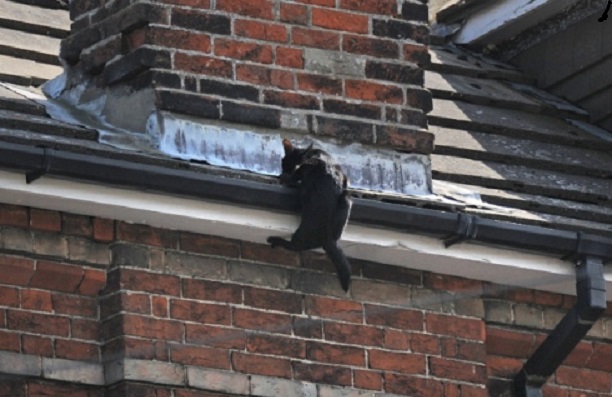 A small black cat was whining and crying, and hanging on by his little paws, when firefighters rescued him from the edge of a rooftop Monday.

Kitty was stranded and unable or too frightened to descend from the brick building in Cromer, North Norfolk, UK for at least 24 hours before the rescue. The frightened cat climbed higher when firefighters arrived but was safely brought down.

The roof was hot from the warm summer temperatures over the 24 hours but the cat was uninjured and is said to be in good condition.

An eyewitness confirmed what we appear to see in the photos here; saying kitty was hanging on to the gutter by his claws.