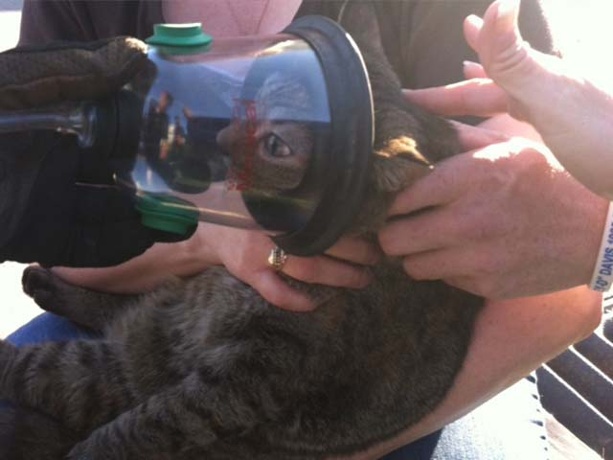 Firefighters and medics rescued an adult cat and three kittens from a fire at their West Des Moines, Iowa home on Monday.

When fire crews arrived at the burning home shortly after 4 p.m. Monday afternoon a teenager was standing outside with three dogs but the family’s cats were trapped inside.

After 15 minutes, when the fire was under control, firefighters went inside and rescued the cat and kittens. All were suffering from smoke inhalation and were successfully treated with pet oxygen masks at the scene. One kitten was taken to the vet for further treatment.

Sadly, a second adult cat firefighters later found inside the home did not survive the fire.

The cause of the fire is under investigation, and damage to the home is estimated at $50,000. 1 thought on “Firefighters rescue and revive kittens at house fire”