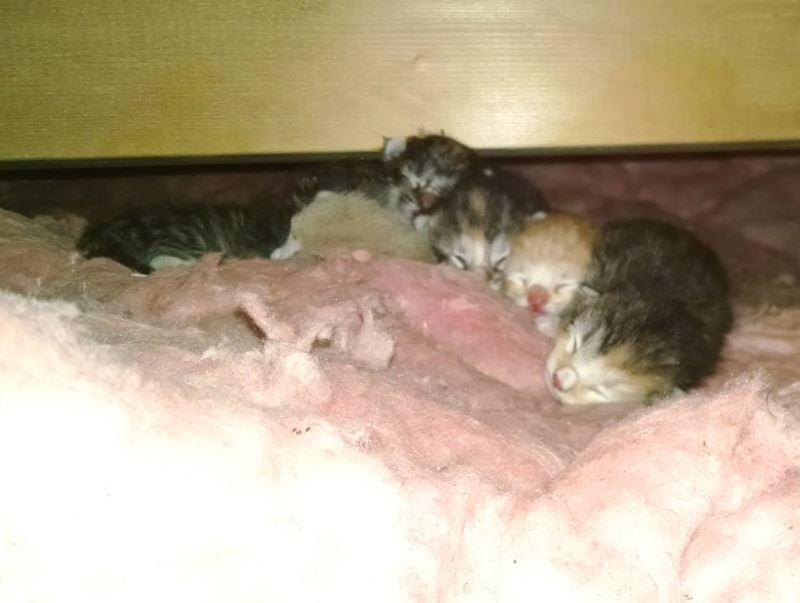 The Pierre, South Dakota Volunteer Fire Department rescued a newborn litter of kittens whose mother hid them in the insulation beneath a trailer home.

The firefighters wrote at Facebook Wednesday, saying: “It’s a save! Six brand new kittens less than a week old have been rescued from under a trailer. They are now safe & warm inside with momma cat.”

Mama kitty escaped from her family’s trailer home in Pierre a few days before giving birth to her kittens.

Rescue Squad Captain Ron Bren says that the cat was trying to protect her litter from the cold and “squirreled” them deep into the insulation underneath the home.

Mama kitty’s petparent called in the fire department after hearing the kittens, fearing for their lives because of the recent cold temperatures.

Captain Bren says the kittens’ eyes were still closed when they were rescued.

Firefighter Cody Hall made his way into the narrow space under the trailer to find and save the kittens.