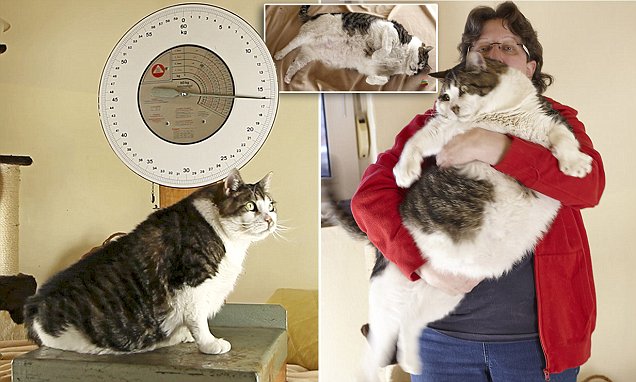 The term “fat cat” means different things to different people.  In one regard it refers to a self-absorbed individual with a lot of money who exploits circumstances ranging from business to politics for their own interests.  On another, it calls to mind Garfield, the cartoon cat, famous for his love of lasagna.  However, in this instance, it refers to exactly what it describes…a fat cat.

Elvis, from Germany, is presently the Guinness World Record Holder for Fattest Cat in the World weighing in at a resounding 38.5 pounds, but may soon be displaced by contender from Vietnam.  Miu, as a normal-sized kitten was adopted 10 years prior by his 75-year-old owner, Tran Thi Nga, surprised her when the black-and-white tabby grew quickly, gaining as much as 2 pounds in a single month. 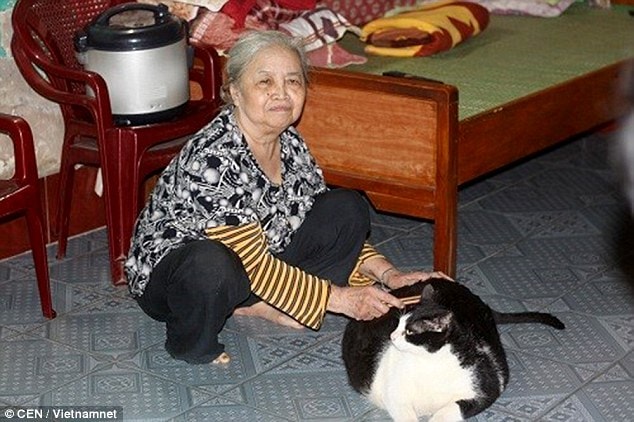 ABOVE: Miu with his 75-year-old owner, Tran Thi Nga

BELOW: Miu and friend 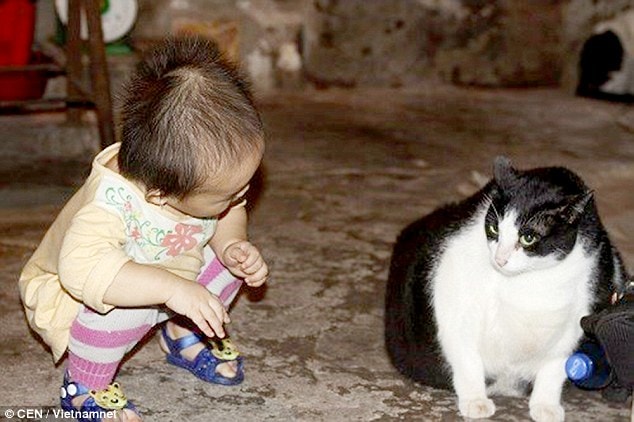 Nga’s daughter-in-law, Nguyen Thi Thuy, stated that in spite of his current generous weight of 44 pounds, Miu remains a good mouser, has very nice manners, good toilet habits, and moves about quite easily including maneuvering up and down the stairs.  Owner Nga has been approached on multiple occasions to sell the rotund feline, but refuses citing he is like family.

Still, Miu with his polite behavior will need to have the Guinness Book of World Records confirm if he, indeed, is the new title holder.  In the meantime, he is one cat that doesn’t need to be involved in politics or business to make an impact on those around him.  Particularly if those happen to be rats.