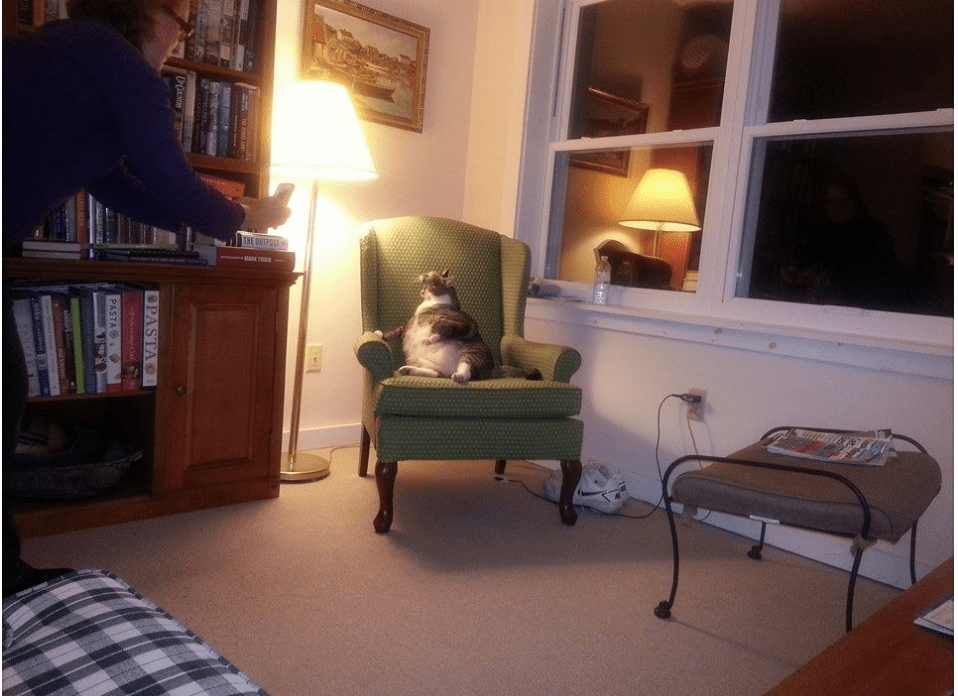 Logan the cat is really fat, crazy cute and millions of people just want to watch him try to roll over. Before you judge, his owners say he doesn’t over eat, he’s just got a crappy metabolism.

Logan lives the good life at the Silver Fox Inn in New Hampshire where he likes to greet visitors. Recently, someone took this video of him waddling over to say hello (by collapsing on the ground at their feet) and posted it on Patis Soriano’s Facebook page with this comment: WE SAW THE FATTEST CAT!!!

Well, things got a little out of hand and 24 million people watched Logan doing the fat cat strut, then collapsing on the ground and trying to roll over. You can see the video on Patis Soriano’s Facebook page, or watch this YouTube video.

Apparently Logan is one of several cats who live at this beautiful inn.

People love to take his photo, and he’s becoming a local celebrity. Many have expressed concerns about Logan’s health, and point out that he’s needs to lose some weight. But his people say they have tried everything, and he’s still heavy.

Here’s a photo of Logan doing what he does best, showing off his tummy and inviting the world to admire him.