Meows are how Sinders the cat first got the attention of his family eight years ago as a tiny kitten, and how he got their attention two weeks ago, as they checked the wreckage of their burned out house one last time. 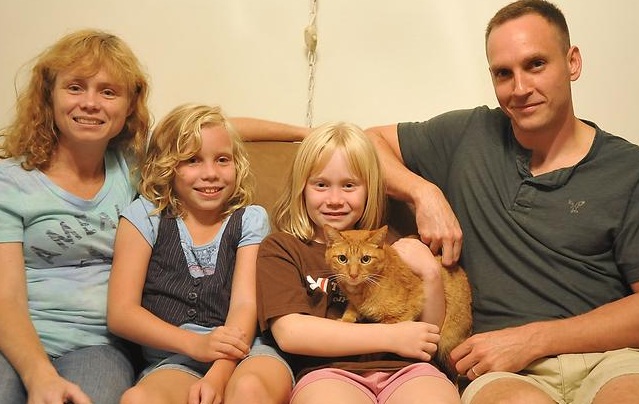 The Fender family of Dover OH was away from home on July 27 when their house burned down and everything was lost, including the family’s two cats, or so they thought. Two and a half weeks later they were combing through the debris one last time looking for salvageable items when they heard meowing from under a shelf in the basement, and there was Sinders. Like many cats who’ve been through a disaster, Sinders popped his head out but was afraid to come too his family members. All it took was an opened can of cat food, though, and he was out and eating. His family says he was hungry after his two and a half week ordeal, but not dehydrated.

Sinders was found by the Fenders as a kitten, eight years ago, when they heard his meows coming from underneath the mobile home they occupied at the time. He was discovered with his mother and siblings, nested in some insulation, and became a member of the family thanks to his cries.

2 thoughts on “Family Loses Everything in Fire: Cat Found in Debris Weeks Later”