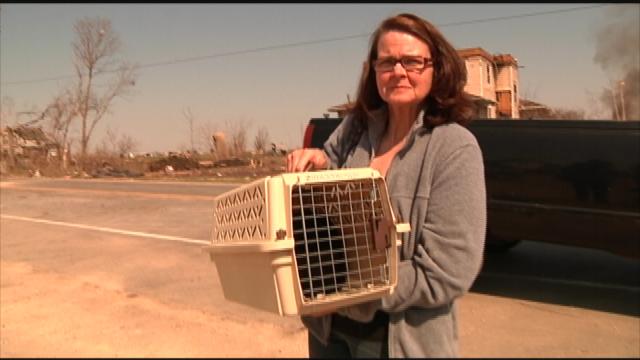 The tornadoes that brought destruction to Fairdale, Illinois and the surrounding area on April 9 left many pets lost and displaced. Some have been reunited with their families and others have not. Local residents are continuing to network to help get lost pets back to their families.

Fairdale resident Shari Novotny found her cat Dexter a week after her home was destroyed.

WREX 13 News  reporter Rebecca Klopf happened to be on hand when Shari found her cat on April 17.

Shari told channel 13 that her she, her husband and their sons all got into the cellar with the family dog as the tornado headed for their home, but there was no time to collect the cats.

“We have a dog that we took down with us, but [for] the cats, it came too fast. It just came too fast we didn’t have time to find them,” Shari said.

The family located one of their cats after coming back up to the destruction, but Dexter was nowhere to be found. They came back to the home every day looking for Dexter, but had begun to fear they would never see him again.

Then they made an unexpected discovery.

As Shari and her husband left their devastated neighborhood holding Dexter safe and secure in a carrier, they told Channel 13 they were headed off to reunite the cat with their sons.

“Our family is complete now that we got everybody back,” Shari said. 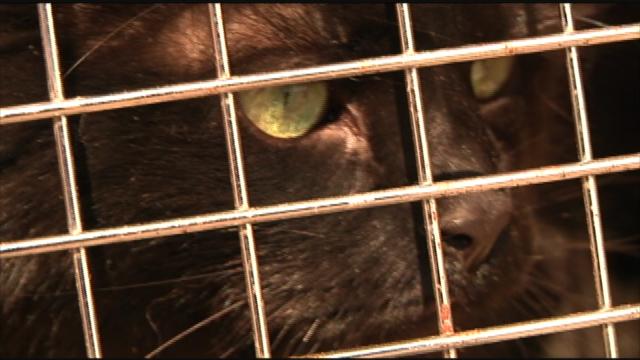