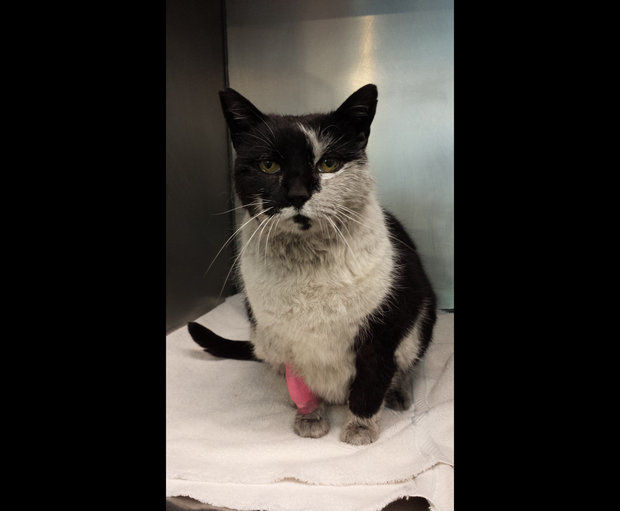 An 18-20 year old cat was recovering at the vet’s after a fire last Friday at the trucking company building where she has lived for many years.

CC came with the historic Washington Township, New Jersey building when Jeff Hackett bought it to house his business about 11 years ago.

The formerly “homeless … dirty old cat” as she was described, was living outside the building that now houses Jeff Hackett and Associates trucking and contracting company, but she moved inside several years ago and became known as CC, the Company Cat, Hackett said.

The fire at the business started Friday morning when a company dump truck, which was brought into a garage in the building because of recent frigid temperatures, caught fire.

CC was affected by the fire but, thankfully, was not seriously injured. She was taken to Washington Animal Hospital and went for additional treatment at a second veterinary center, before a scheduled return home after a few days, Hackett said.

Hackett expressed his gratitude to the first responders for doing a great job containing the damage and saving the cat.

“The important thing is nobody got hurt and the cat is OK,” Hackett said.