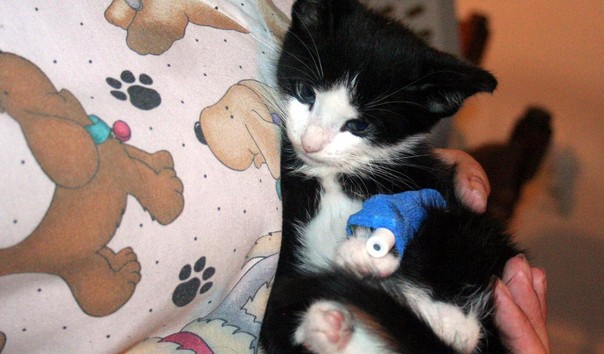 This sweet looking  kitten now called Dexter is being well cared for at a local clinic after children rescued him from an assault at a neighborhood park. A woman is accused of directing her two boys to commit brutality.

This adorable little kitten is recuperating at PetLuv Spay and Neuter Clinic in Brooksville FL after a group of children rescued him from an assault so terrible that “abuse” does not begin to address it. A woman and her two boys, aged 5 and 8, allegedly brutalized the kitten and his presumed sibling last Friday afternoon at Hill ‘N Dale Park in Brooksville FL. The other kitten was killed  but the children did manage to save Dexter. The mother of one boy took action from there and got the injured  kitten help.

“I feel horrible that the kids had to see that. It’s just so terrible. For her and her son to tag-team kittens? I can’t even fathom this.”

Sarah Murphey, the  mother of a 10 year old boy who witnessed the assault. 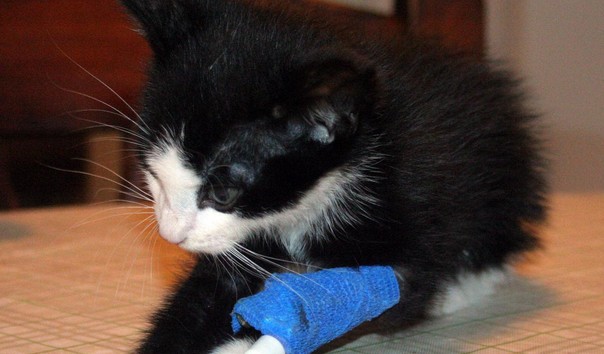 Ms. Murphy says her son and his friends grabbed the second, still living, kitten and headed to the house where she was visiting a friend in the area. She says the boys were shaken by the incident and worried about the surviving kitten’s health. “They were scared, but at the same time they felt bad that they couldn’t save the other kitten. My son’s very happy that he and the other kids saved the cat’s life and I’m glad that he did.” Ms. Murphy wrapped the kitten in a t-shirt and called 911. While she waited, she says, the animal began to shake violently.

Hernando County Animal Services took the little kitten, who seemed unresponsive at first. HCAS spokesman Patrick Pace says Dexter is showing improvement and is able to keep food down. Mr Pace, the kind of animal officer we like to see, called Rick Silvani, president of Pet Luv Nonprofit Spay and Neuter Clinic, and reports that Mr. Silvani told him that Pet Luv would pay for all of Dexter’s medical bills and nurse him back to health.

“All animals have a right to life, but a helpless, defenseless kitten …  you don’t know what to say. It’s just incomprehensible.”

Dexter is getting round the clock care, staying at the clinic during the day and going home with a vet tech at night. The clinic says that while Dexter is doing well for now, they have concerns about possible brain damage and say that though hopes for Dexter’s progress are guardedly optimistic his survival remains uncertain.

Ms. Murphy says she and her husband are considering adopting Dexter if he survives, saying of her son, “He obviously has a special attachment to the cat. He can’t stop talking about saving it. And we’re very proud that he did.” 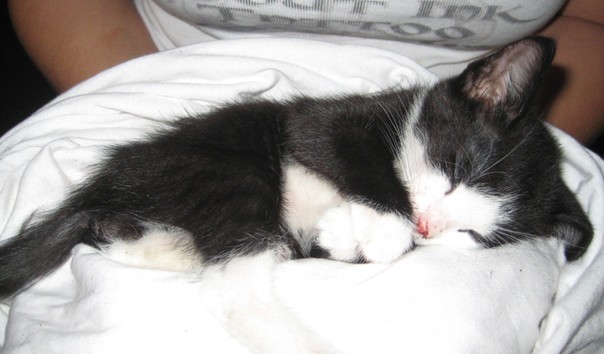 For more on the clinic that is caring for this little creature, you can visit them at : 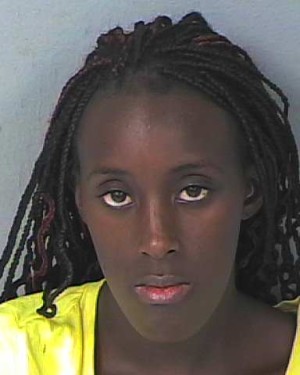 Wilana Frazier, shown above, is the 24 year pregant woman acused of directing her two boys to commit hideous brutality against two tiny defenseless kittens in public, at a park where children play. She was arrested on two counts of animal cruelty and two counts of contributing to the delinquency of a minor, based on the account of those at the scene, and  was booked into the Hernando County Jail. She  is being held with an undetermined figure set for bail – we’ve seen figures ranging from $3,500 to $14,000.

Ms. Frazier is reported to have made vicious threats about killing people, while spewing violent rhetoric during the attack she allegedly committed along with her two small boys. She admits being at the park but denies the charges, and has refused to make a written statement.