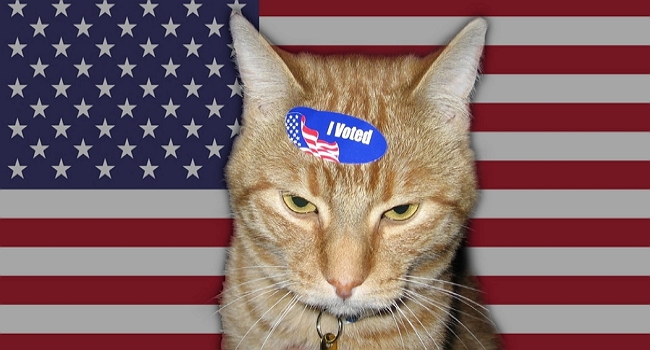 As if Florida wasn’t already under enough scrutiny as the election season continues to gear up, now, it appears, that dead cats may be getting solicitations to register to vote.  Well, at least that is the case for one dead cat.  The recipient, who had good reason for being disturbed by the correspondence, sent a photo to her local elections office of the errant piece of mail.  The good news is that  Mike Ertel, Seminole County Elections Supervisor, assured her that was not an official document she had received.   It had come from an organization that uses various lists for mailings.

In a news report posted by WESH, Paige Gardner, president and CEO of the Voter Participation Center in Washington, DC, said she was “Very, very concerned about the registration rates in Florida.”  Her organization seeks to reach out to potential unregistered voters, not cats. “It doesn’t do us any good and it certainly doesn’t help our overall cause.”

The Voter Participation Center gets their information from mailing and subscriber lists, so, potentially, someone who has signed up for something using a name other than their own, perhaps that of a pet, may find their animal receiving such unsolicited mailings.  Fair warning if you use Spot’s name when exploring credit card offers. Gardner also pointed out that their mailings, although appearing official, do state they are not with the government.

In response to the voter registration piece that was brought to Ertel’s attention, he has created a new website  that has listings of all the past and forthcoming mailings from his office.  It does make you wonder, though, how many animals will be participating in the next election cycle.