Kittens infected with lethal distemper were sold on Craigslist for hundreds of dollars in Denver recently, according to a report on Fox affiliate KDVR of Denver, Colorado. “We’re all heartbroken,” said Jayme Raichart, who bought one of eight kittens from the same seller, who told her the kitten had been vaccinated. All eight kittens either died or became critically ill. Raichart’s kitten is in isolation at the vet. And this sad case is far from unique.

Puppies with parvo and other devastating health problems have been sold on Craigslist in Miami, Florida and San Diego, California. Earlier this month, a family in Pasco County Florida was devastated after Leo the puppy,  advertised on Craigslist, died of parvo. The seller was a convicted felon, according to a news report on WFLA TV.

The abuse by shady backyard breeders and “puppy flippers”-people who get puppies free or cheap and then sell them for profit– is widespread and ongoing. The ASPCA explains why you should never buy dog or cat online.  “Don’t be fooled: Internet puppy scammers attract potential buyers with cute photos and phony promises. Hundreds of complaints are filed every year from victims who were scammed when buying a dog online—the puppy you receive may not be the puppy you agreed to buy, or you may not receive a puppy at all. Internet scams range from fake ‘free to good home’ ads where the buyer is asked to pay for shipping, only to never see that puppy they tried to help, to breeders posing as sanctuaries or rescues, but charging upwards of $1,000 in ‘adoption’ fees.” An online petition is being circulated to persuade Craigslist CEO Jim Buckmaster to own up to the ongoing abuse of its popular classified advertisement website and eliminate the problem by removing the “pets” section all together. The petition, posted by Charlene Wu, is a call to action: “Shut Down The Adoption and Sale of Pets on Craigslist.”

Craigslist already bans the sale of animals, but allows for adoption with a small re-homing fee. Abusers ignore the ban and sell litters of puppies and kittens anyway. “This causes many problems,” writes Wu, “as these pets are oftentimes coming out of illegal puppy mills and kitten mills. Unknowingly, those who end up buying these animals from Craigslist are contributing to the inhumane puppy and kitten mill industry.”

Wu also warns against using any and all online classifieds to re-home a kitten or puppy. “There have been many cases of people adopting free pets for cruel practices,” explains Wu, including dog fighting rings that use live kittens as bait, a disturbing form of animal abuse connected with recent reports of rescued kittens found covered in ink. 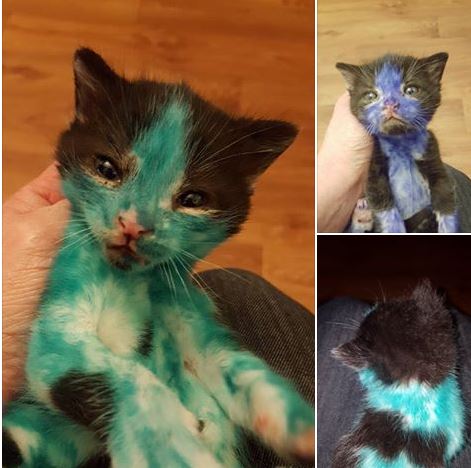 7 thoughts on “Craigslist Hall Of Shame: Sick And Dying Kittens And Puppies For Sale”