A cat that was frozen to the snow-covered ground in Russia was freed by a caring couple who videotaped the rescue.

The man filming explains that the cat’s paws and fur became stuck after it sought refuge under a warm vehicle, according to a Mashable report. When temperatures dropped to negative 35 degrees celsius, the cat was frozen in place and unable to move. 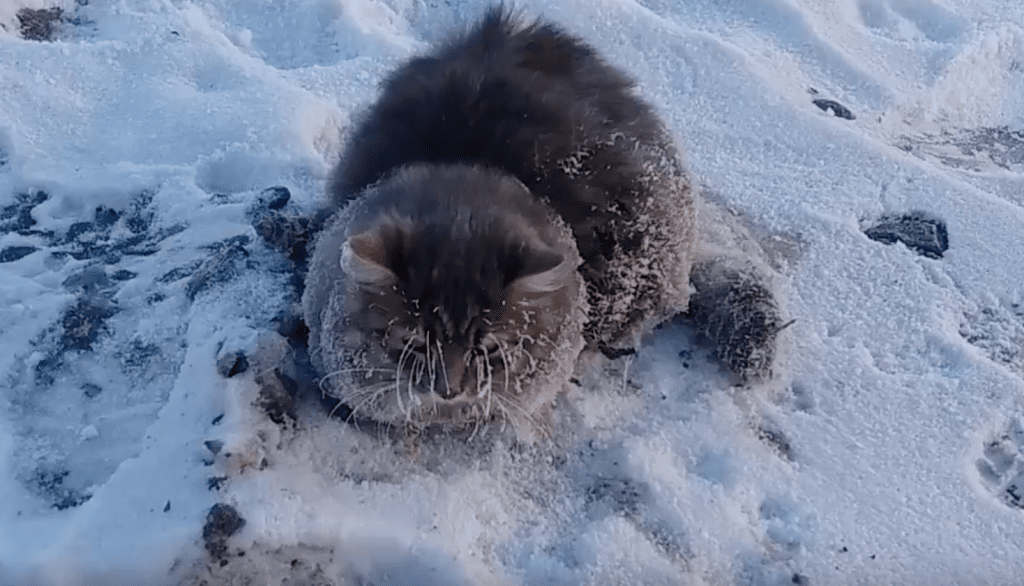 The couple can be seen in the Daily News video using a green plastic bucket filled with hot water, which they gently pour over the cat’s paws to melt the ice. First its front paws are freed, then its back paws and hind quarters as well. “It’s most important that the cat’s alive and we’ll be able to help her,” the man can be heard saying in the clip in Russian, according to Mashable. When the cat is finally free, the woman can be seen wrapping it in a coat or blanket. 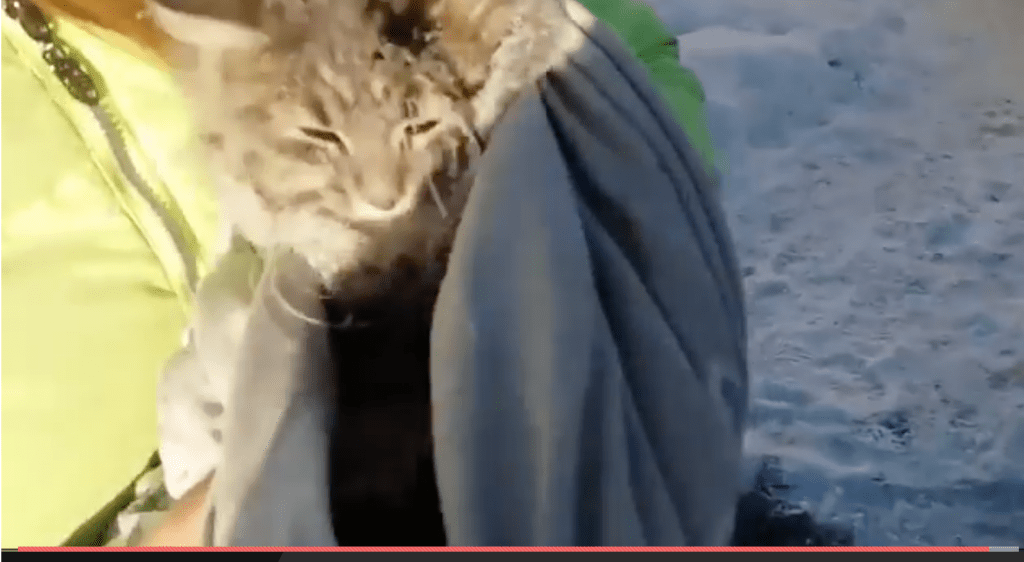 In the YouTube description, they explain that the young cat was taken to a veterinarian and was able to walk later that evening. It was reportedly adopted the same week.