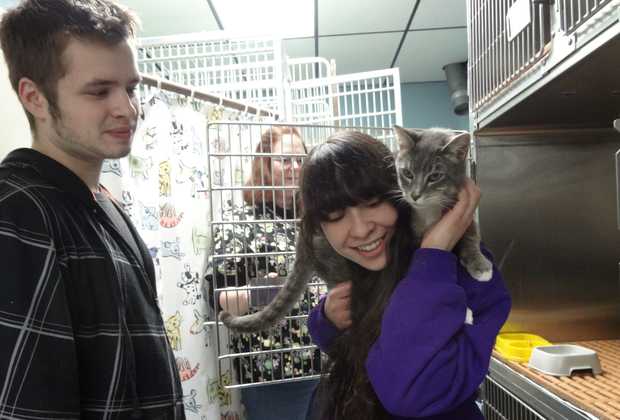 Ninja needed help and the only vet clinic that would see him without getting money up front was on the other side of an avalanche that blocked the road. His petmom and her partner were arrested for entering the avalanche zone but their determination saved Ninja’s life.

Copper Center, Alaska residents Kristina Clark and Donney Carlson didn’t let two the presence of separate avalanches blocking the Richardson Highway on Saturday stop them from continuing on with the 100 mile trip to get Kristina’s cat Ninja to the vet in time to save his life. The pair drove until they had to pull off the road and leave their car in a lay-by. Then they bundled Ninja into a backpack and walked over the avalanche until they met DOT workers who told them to turn back because their presence was disrupting work to clear the road. Turning back was not an option for them, though, with Ninja’s life at stake.

The DOT workers said the travelers could go to Valdez by helicopter and they’d have to talk to State Troopers when they arrived.  The couple didn’t understand that they were headed for jail when they accepted the offer for the flight. The DOT helicopter that took them to Valdez to be arrested for illegally entering the emergency blasting work zone also made it possible for Ninja to receive treatment for a severe urinary issue before it was too late.

The couple were arrested on misdemeanor disorderly conduct and obstruction of highways complaints and spent Saturday night in jail. Ninja was taken to the Valdez Animal Shelter when his people went to jail.  The couple were set free on unsecured bond Sunday morning.

Kristina Clark used her phone call from jail to call the vet.

Dr. Kelly Hawkins of the Valdez Veterinary Clinic treated Ninja and saved his life. Dr. Hawkins said he was “floored” when he heard the story of the trio’s trip to Valdez.

“I have to commend them for doing something to get their cat help,” the veterinarian said when he was interviewed on Monday, continuing, “That cat wouldn’t have made it much longer.”

Ninja seemed fine Saturday morning but went steadily downhill all day as a urinary infection made it difficult for him to pee, causing him to cry when he tried to go.

Clark wasn’t able to take Ninja to the local vet when he faced the sudden health crisis on Saturday, because the vet wanted several hundred dollars up front and she was not prepared to pay the large amount in the emergency situation. Valzdez Veterinary clinic said they’d treat Ninja if she could get him there.

Ninja was doing well after getting treatment but was expected to stay at the vet for several days to make sure of his recovery. He could have died without prompt treatment if the blocked urine had backed up into his kidneys, the vet said.

Clark says she knew about the avalanches blocking the way but felt she had no other choice but to traverse them in order to save her pet. “We had to do something and that was the only option,” she said.  She said she called the Valdez police dispatch and was told: “If you want to go climbing, we can’t stop you.”

You can read the full story in the Valdez Star. 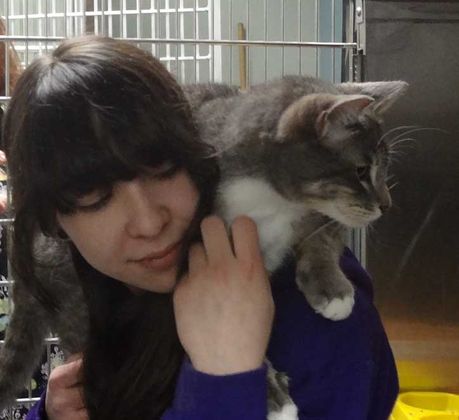