Since public discussion about TNR began in November, the Trinity Park cats have disappeared. 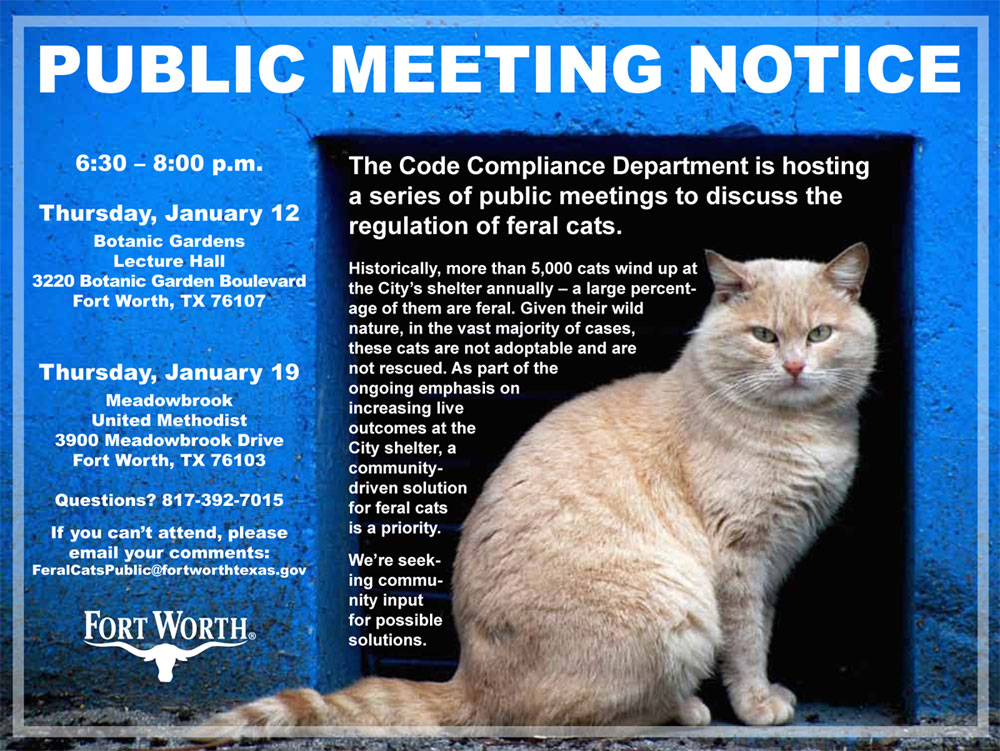 For nearly ten years volunteers have cared for feral cats in Trinity Park in Fort Worth, Texas. Beverly Sims and Sharon Tatum lead the city-approved program which includes a group of men and women who feed and check on the cats daily.  All of the cats are part of a Trap Neuter Release program in which the animals have been trapped, spayed or neutered, vaccinated against Rabies and had their ear tipped to identify them as part of the program.
The City of Fort Worth began discussing implementing a city-wide TNR program similar to other cities around the nation in November. Since the public meetings started, the cats in Trinity Park have disappeared. Fort Worth Animal Control is investigating the disappearance but the people who care for these cats fear foul play. Trap Neuter Release is not without its critics.  CBS affiliate Channel 11 reported on the disappearance last night.
The last of the public meetings is scheduled for tonight, January, 19th at Meadowbrook United Methodist Church in Fort Worth at 6:30.  Those who can’t attend the meeting but wish to share suggestions with the city can email, [email protected]   Here is the footage from last night’s news: