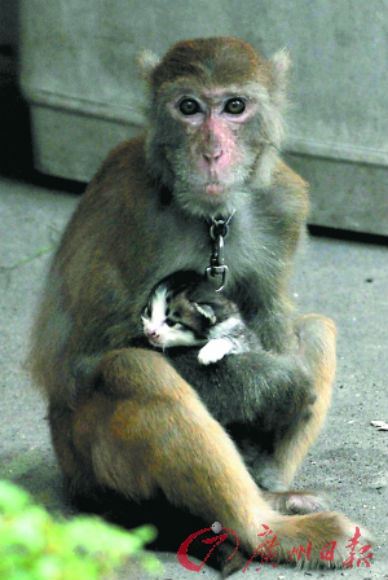 A monkey in South China who showed up in a community and seems to have settled there has taken a kitten from its mother and is raising it as his or her own.

Residents of the community in Guangzhou City say the monkey turned up not long ago wearing an iron collar and began stealing food. They say he (or she) was full of figure at first but has lost weight in the past month. The collar suggests that the monkey either escaped from someone/someplace, got lost, or was abandoned.

The monkey was initially alone but now has a little companion in a kitten he is reported to have stolen from its mother. Residents say mama kitty tried to keep her kitten but the monkey would not relent and give it back. The Guangzhou Daily reports that mama kitty has made several attempts to reclaim her kitten.

Residents say the monkey is frequently seen wandering the neighborhood holding his little companion in his arms.

Locals are now providing food for the monkey and his kitten and are looking out for the pair. 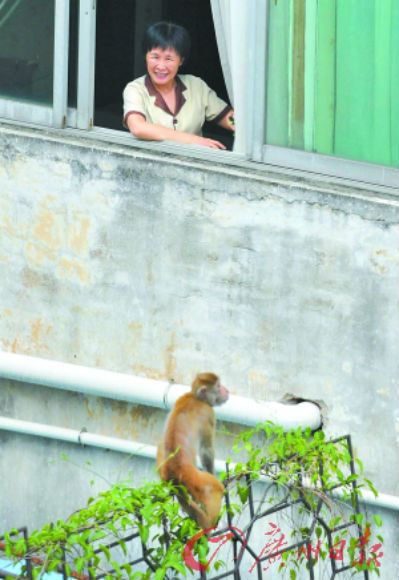 Video on the story: 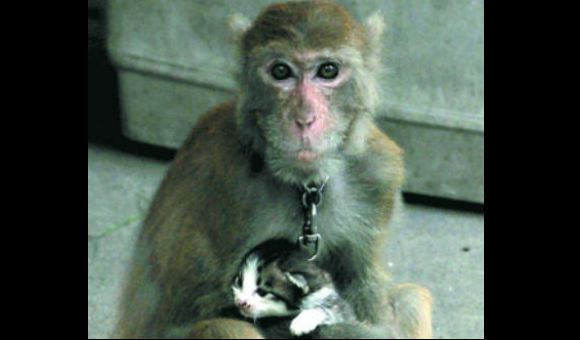 RocketNews24 also reported on the story.