Two San Carlos, California children were thrilled to come home from school Monday and find their missing cat greeting them. Mark is one of the lucky 3 percent of missing or displaced cats in his area who San Diego County’s animal services are able to reunite with their families after the animals turn up at the shelter.

Mark disappeared from the family home last October. Linda Sosaya had just about given up hope for the light orange and cream-colored cat when she received a call from County Animal Services over the weekend saying he’d been found.

That puts Mark in the rare 3 percent of lost cats that are reunited with their owners in San Diego County. For dogs, the rate is about 34 percent.

When you consider Mark’s home is at the base of Cowles Mountain and right off busy Lake Murray Boulevard, it’s even more surprising he survived the last four months.

“This cat was incredibly lucky, he survived the odds in a number of ways,” said Animal Services Director Dawn Danielson. “He could have been eaten by coyotes or other predators, hit by a car or had a run-in with a dog.”

Sosaya says the cat was always very crafty and could open cabinets and the screen at the sliding glass doors. Once he had run away for three weeks and returned. But this time, he didn’t and after going door to door, mailing out fliers and waiting four months, Sosaya thought it might be time to let him go.

That’s when County Animal Services called to say a microchip had identified Mark.

A nearby resident across the major street had trapped the cat and brought him into the shelter on Gaines Street in San Diego. Sosaya picked up Mark and took him home Sunday

“He’s a happy camper now and way more affectionate than when he left,” said Sosaya.

The kids, 11-year-old Mark and 9-year-old Sabrina, had been out of town over the weekend and were especially surprised to see Mark after school Monday. Over the holidays, all they had wanted for Christmas was to have their cat home again.

While definitely dirty, Sosaya said the cat seemed to be in pretty good health and really happy to be home.

As many petparents can attest, even an indoors-only cat can get out and go missing. All it takes is a split-second opportunity when a tradesman or neighbor leaves the door open, or a loose screen in an open window. 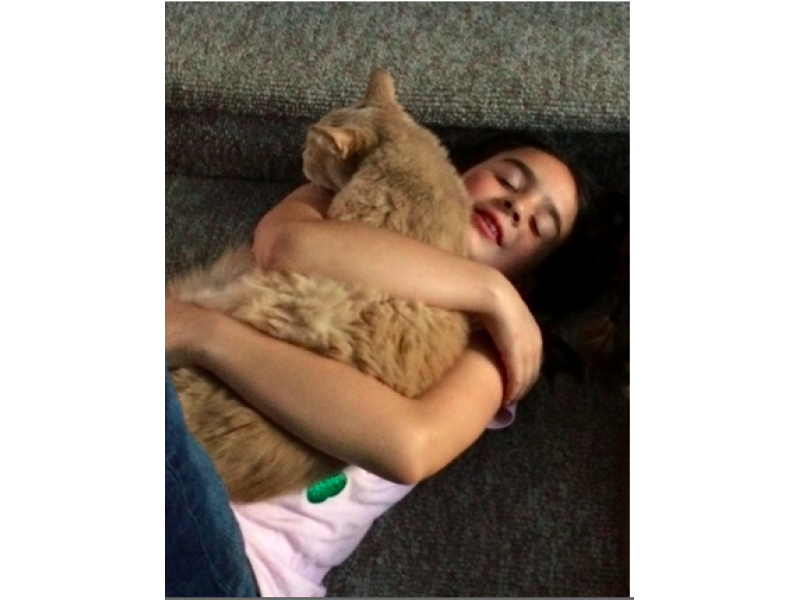 1 thought on “Children are overjoyed at missing cat’s return”