Charlie Brown was one super sad cat after his foster mother brought him back to the shelter. But all that changed when his godmother made a special plea on his behalf. 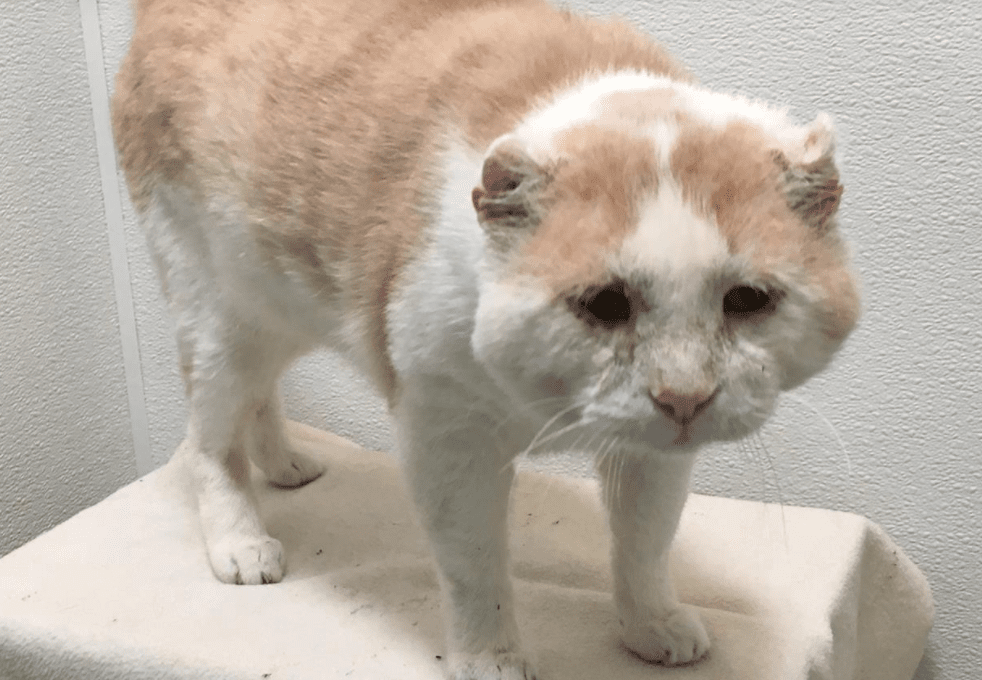 Felines and Canines director Abby Smith was was so in love with Charlie Brown, she pulled out all the stops to get him adopted. “Everybody knows that I have a type,” wrote Smith on the Felines and Canines Facebook page. “I adore the fat faced FIV-ers and Charlie Brown is currently my number one guy. He’s 3 years old, 15 pounds, affectionate, cuddly and playful. He was in a foster home, but she was allergic and returned him. Since he came back, he has been so sad, it’s killing me.”
“He would be best as an only cat or with another mellow one. Please share so Charlie Brown can be happy again.” Smith might have said a little prayer as well. Whatever she did, it worked! A wonderful family, the Hackmans, who own  two other FIV positive cats, came to the shelter and took Charlie Brown home. The Brockmans say Charlie Brown is fitting in just fine, and has found his place on the family bed with his new siblings, as shown in the photo posted by Rebecca Hackman.  “He got to meet his new brothers last night. Minimal drama.” 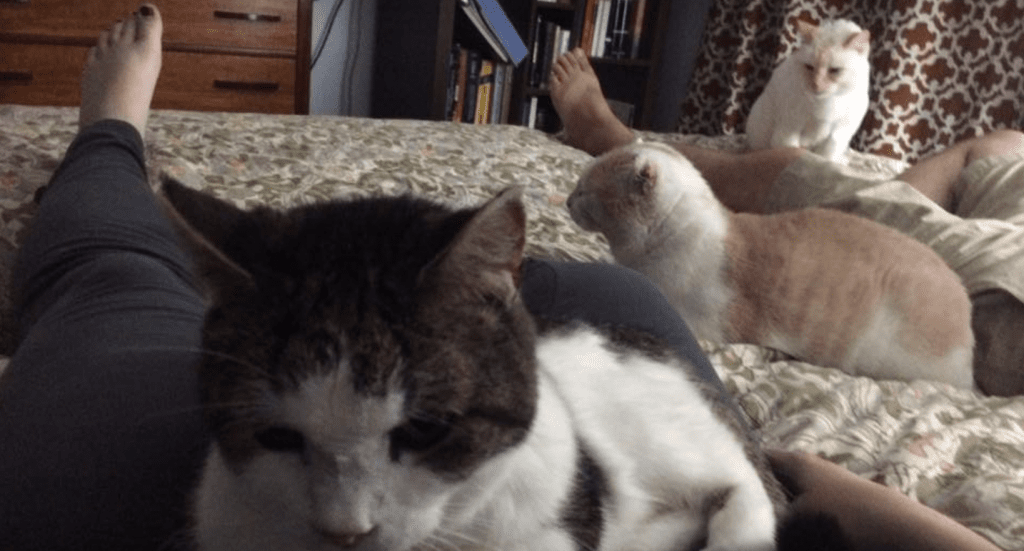 Here’s hoping Charlie Brown Hackman and his cat brothers all live happily ever after.